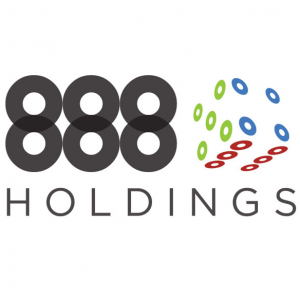 888 Holdings has received tentative approval to create a player-sharing network that would include WSOP.com and a new Treasure Island poker room. (Image: 888 logo)

Nevada received a much-needed boost to its online poker traffic this month, and it may just have something to do with the thousands of poker players that have descended on Las Vegas for poker’s annual Big Dance.

But when the sun goes down on the 2014 World Series of Poker mid-week, the final chip is bagged up at the Rio and the world’s poker players return to their respective corners of the globe, it will be business as usual for the newly regulated online poker market of Nevada, whose traffic and resulting revenue have thus far been disappointing.

State gaming regulators made a tentative step in the right direction last week by approving a new system that would link the online poker websites of different casinos within the state, allowing them to share player pools. Liquidity is everything in online poker.

Greater player traffic allows for greater choice in cash games, with a shorter wait for tables and a wider variety of stakes and variants to choose from. It allows for multi-table tournaments with larger fields, and therefore larger prize pools, which in turn attracts yet more players. It also allows operators to get more bang for their buck in terms of marketing efforts and means they’re able to offer a wider range of products.

“Standing in a Moment of History”

It’s long been understood that sharing player pools and developing healthy player ecology is the way to grow the fledgling American market. Earlier this year, Nevada Governor Brian Sandoval signed a pact with Delaware Governor Jack Markell that would facilitate player liquidity-sharing between the two states: the first-ever interstate gaming agreement. It prompted Sandoval to declare that the two states were “standing in a moment of history.”

It may take a little while for the Nevada/Delaware agreement to take shape; much work needs to be done on the harmonizing of the software, but Caesar’s WSOP.com may have something of a head start, thanks to its partnerships with 888 Holdings, which also provides the software platform for Delaware’s online poker rooms.

Blueprint for the Future

Again, 888.com is at the at the center of the latest proposal to share players between different casinos in Nevada, and it’s thought this could be the blueprint for future interstate liquidity-sharing. Under the plan heard by the Nevada Gaming Control Board last week, 888 will develop a network that will include WSOP.com, a new poker room to be launched by Treasure Island and a third separate 888 poker room. Treasure Island’s application for Internet gaming has been approved by regulators, but the online poker room itself is still awaiting approval pending strict regulatory testing.

In what could be one small step for the Gaming Control Board and one giant leap for online poker in America, regulators gave tentative approval to the project and will make an official decision on the matter on July 24th.