At the end of Day Five of the 2017 World Series of Poker Main Event, 87 players finished with chips to fight for the championship, including a pair of 2016 November Niners. But no more women were left in the field. And Chris Ferguson, with a small cash in the “Little One” charity event, has taken the lead in the race for WSOP Player of the Year. 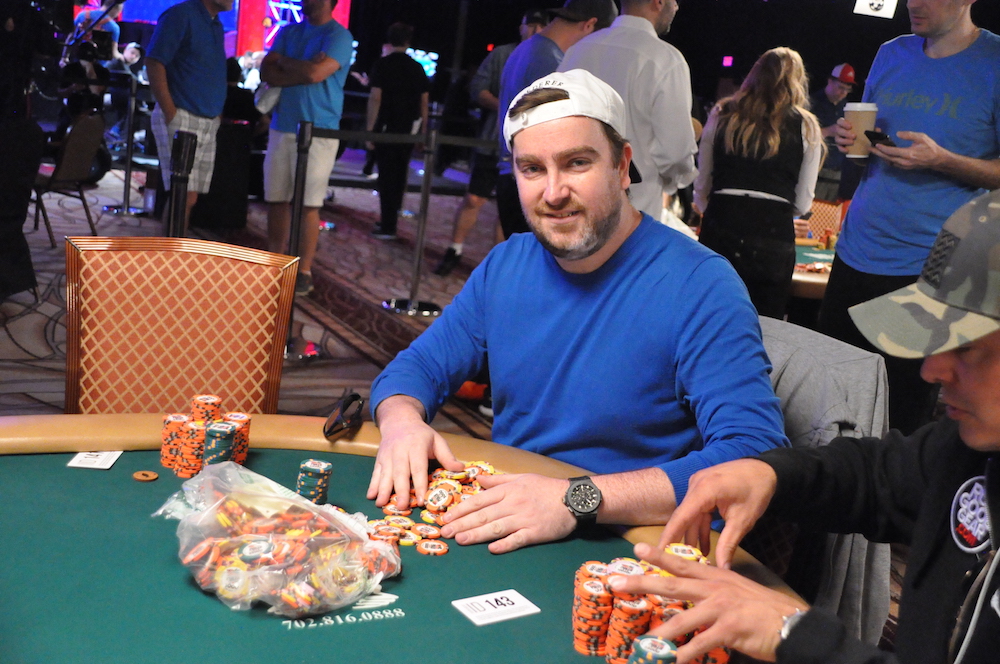 Hallaert, last year’s 6th place finisher, and Ruane (4th place) successfully made it through Day Five on Saturday. However, both players have some work to do over the next two days if they intend to get back to the final table.

“It feels great,” Ruane told WSOP officials after play concluded for the night. “I’m just mad right now because I just messed up a few hands at the end of the night. But to be here again is super surreal. The energy you get in the Main Event is like no other tournament you could play. It’s super exciting.”

Making consecutive final tables in any event is a rarity, and in the WSOP Main event, it’s been accomplished only twice in the post-poker-boom era of the past 15 years. Most recently, Marc Newhouse finished 9th place in 2013 and 2014, and before that Poker Hall of Famer Dan Harrington finished 3rd in 2003 and 4th in 2004.

In addition to Hallaert and Ruane, French pro Antoine Saout, who finished 3rd in 2009 and 25th last year, heads into Day Six in 8th chip position, with 8,260,000. Should he win the bracelet, the $8.15 million will inch him just ahead of Bertrand “ElkY” Grospellier for tops on France’s all-time money list at just over $13.6 million.

If Saout isn’t the overall top performer in the Main Event the past nine years, that distinction should probably go to Ben Lamb. He was the 2011 WSOP Player of the Year after finishing 3rd in the Main, which followed his impressive 2009 run which ended with a 14th place bustout. Lamb enters Day Six with in the middle of the pack (32nd place) with 4,725,000 chips.

With the potential to win life-changing money on the line, it’s always interesting to see how everyone plays during the final few days of the Main Event. All players coming back on Sunday are guaranteed at least $72,514, but the six-figure paydays won’t be awarded until the 65th place players busts.

Everyone at the final table will receive at least $1 million, with $8.15 million going to the winner and $4.7 million to the runner-up.

Lack of Star Power? So What

You aren’t going to find guys like Phil Hellmuth and Daniel Negreanu at the tables on Day Six. The players remaining aren’t household names to most casual poker fans. But that doesn’t mean the talent is lacking.

For example, Connor Drinan (3,360,000) is a regular in the highest stakes poker events in the world. He has nearly $11 million in lifetime live tournament winnings.

Marcel Luske, always a sharp-dressed man and crowd favorite, will start Day Six with 2,290,000. “The Flying Dutchman” always provides entertainment, often serenading his opponents. He bubbled the final table in 2004.

And, of course, there is Kenny Hallaert. Aside from trying to make back-to-back final tables, his entire summer has been impressive. He has now cashed in nine WSOP events in 2017, including two final table appearances.

Crivello folded, Carrel five-bet jammed for 1.77 million, and Greenblatt snap-called. Carrel was on the bad end of the cooler and it cost him his tournament life after the board ran out Q♣7♣7♥8♥3♣.

Mickey Craft was the life of the party at the feature table on Saturday. The talkative player had a big stack. Then he didn’t. Then he did. And then he didn’t. It was a roller coaster ride until he finally busted on one of this 2017 WSOP’s more memorable hands.

Later in the day, Craft returned to buy shots for his former table mates. He may have donked away his chips with the worst Texas hold’em hand, but at least he went out in style.

Day 6 of the Main Event will kick off at 11 am PT on Sunday. You can tune into ESPN at that time for live coverage. PokerGO will then air the tournament starting at 3 pm.

The Main Event isn’t the only bracelet event running at the Rio. Event #74, $1,111 Little One for One Drop, has also been whittling down its field, and that tournament will conclude on Sunday.

Twelve players remain, with high-stakes pro Matt Berkey holding a massive chip lead with 12,000,000, ahead of Giuseppe Pantaleo in 2nd place with 5,175,000. Berkey has $3.1 million in lifetime WSOP tournament winnings from 31 cashes, but has never won a bracelet. The winner here will receive $528,316

But perhaps most significant to poker players, other than the nearly half a million dollars the event raised for people around the world in desperate need of water, Chris Ferguson lasted long enough to further shake up the controversial and hotly contested 2017 WSOP Player of the Year race.

The player known as Jesus (who many poker players still consider the antichrist) busted on Saturday in 96th place ($3.997). The seemingly unimpressive score secured his record-tying 17th cash of the summer, and also moved him into the POY lead, passing Ryan Hughes, John Monnette, and John Racener.

Of all players still alive in the Main Event, only Hallaert has a chance to overtake Ferguson. But do do that, he’ll have to finish in the top three.

So most likely, Ferguson’s close to the summer means this year’s POY race will be settled not in Las Vegas but in the Czech Republic, where 11 WSOP Europe events this fall will award the final points capable of making a difference in 2017.

Excellent to the point reporting. Only one typo.

I miss all the old ‘Ferguson Challenge’ threads on CC

Pretty impressive showing by Chris after having some time away from the tournament tables. Wonder if he’s been watching Jason Somerville, Tonkaa or some other twitch streamers? Or maybe he’s here on the CC forum,… maybe even in the Freeroll Club??