The multimillion sale of Vintage Stock, with terms struck during the 2016 Las Vegas summer poker tournament season, proves that golf courses aren’t the only places that CEOs talk business. 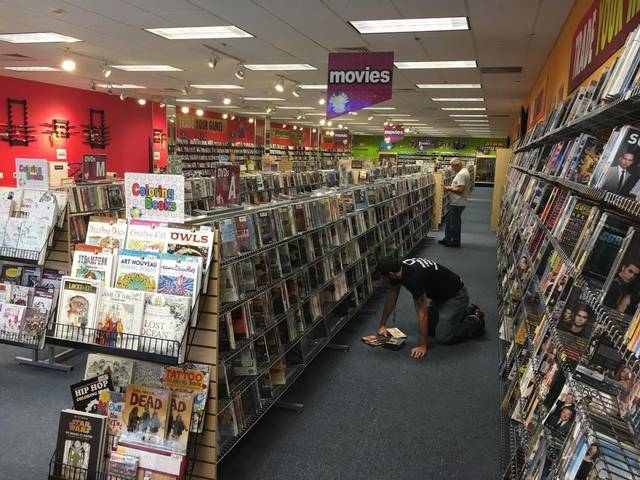 CEO of entertainment memorabilia chain Vintage Rock, Rodney Spriggs, an avid poker player, worked out a deal to sell his chain of 50+ Midwestern stores during a conversation at a poker table in 2016. (Image: bnd.com)

The Las Vegas Review-Journal has reported that the movie, video game, and memorabilia chain of retail stores was sold while CEO Rodney Spriggs and fellow entrepreneur Jon Isaac were engrossed in a game last year, with the details just now coming to light.

Isaac, the leader of Las Vegas holding company Live Ventures, was sitting at a table with Vintage Stock’s Spriggs, when the two began talking and their conversation turned to business.

Spriggs apparently wasn’t planning on selling the business he’d founded with two others at first. But the two kept chatting, and over the course of the following day, hammered out an agreement for Isaac to acquire the company for the estimated $60 million.

After all, anything can happen in poker, right? Right.

Art of the Deal

During the six-week World Series of Poker 2016 season at the Rio, Spriggs also played poker elsewhere on the Strip, including the Deep Stack Extravaganza at the Venetian. It was at one of those events that he met Isaac and the two started talking at the table.

It was a bit unconventional, but they connected and the acquisition quickly took shape. The company had been open since 1980 and had 50 stores. Since the contracts for the sale were signed in November, they’ve added 10 more.

This wasn’t the first time someone had approached the Vintage Stock founder with a buyout bid, but he had turned them all down. This one, he told the R-J, felt right.

“This is a perfect marriage,” Spriggs said. “They are really an easy-going group.”

Spriggs is hardly an amateur at the felt: he’s been playing poker on the tournament circuit since 2006, and according to the Hendon Mob, has $326,805 in live event earnings. He won $83,807 in the 2009 Main Event at the Oklahoma State Championship of Poker and has four other first-place finishes.

The rounder started testing his game seriously in 2010, making the trip out West to play in the WSOP. His inaugural event at the Rio in Las Vegas was a $1,000 No Limit Hold ’Em, in which he finished in the 47 spot,  winning $7,509.

Last year, Spriggs played in three events at the Rio and cashed in all three, including the $1,500 Seven Card Razz. He placed 17th and took home $3,973.