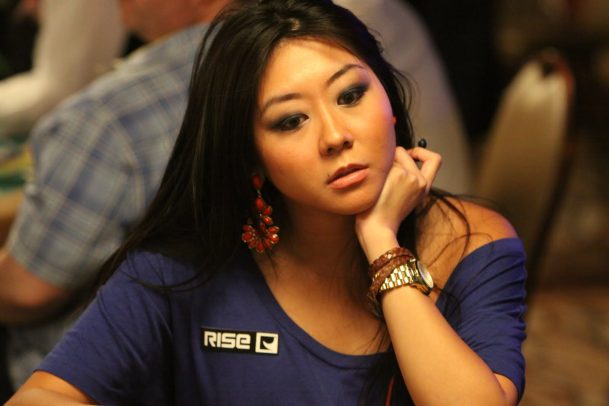 The show, which will debut in March 2018, gives ClubWPT.com members a chance to star in a televised poker series. Players from the WPT’s online poker club site will have a chance to win one of 16 seats in an invite-only tournament with $37,000 in cash and prizes up for grabs.

The company’s slogan, “never lose a dime playing poker, guaranteed,” is technically true. But players do have to pay to join the club.

Players can qualify to compete in King of the Club episodes on ClubWPT.com.

Both commentators, Ho and Gross, gained valuable experience this summer in front of the mic during the World Series of Poker on PokerGO. Maria was at the break desk on both PokerGo and ESPN, along with Kara Scott, throughout much of the Main Event, and Jeff analyzed hands in the booth during some events.

King of the Club is one of many new televised poker shows. PokerGO, Poker Central’s new subscription app, has created numerous pieces of original content, including a Pokerography series that includes a biography on Jeff Gross.

PokerGO is also bringing back the legendary Poker After Dark series for the first time since 2011 on August 14. Tom Dwan, Doyle Brunson, Antonio Esfandiari, and Daniel Negreanu are all confirmed to appear on the first few episodes.

Poker remains popular but interest has dropped off considerably since the poker boom era when major TV networks such as ESPN, NBC, and even Gameshow Network, were looking for excuses to get poker on television.

Prior to the 2011 Black Friday scandal, shows such as High Stakes Poker and the National Heads-Up Championship aired in prime TV slots on major networks. Those days are gone, but a new era of televised poker is set to kick off.

soo ready for new poker shows to start up