32Red Poker is the latest operator to show its hand and announce it will close on May 19 when MPN finally shutters its network. 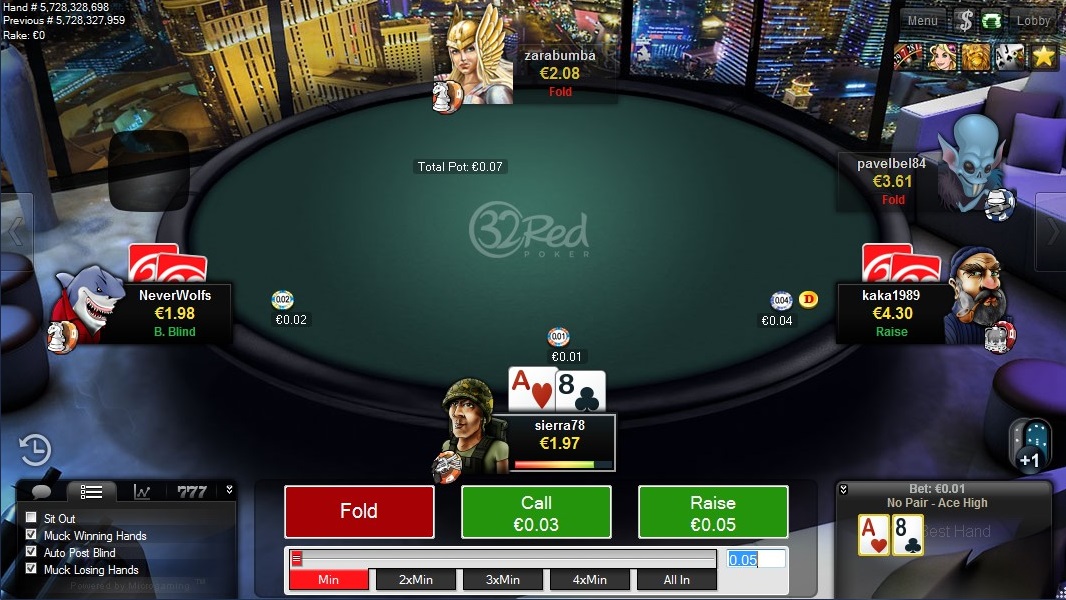 32Red Poker has announced that it will cease operations once MPN closes its virtual doors in May 19. (Image: Poker Soft)

News of the closure was first revealed to customers via email before details were published on 32Red.com.

The decision to cease operations brings an end to more than 15 years of service within the online poker sector. Importantly, however, it’s not the end of 32Red in the betting and gaming industry.

Customers that visit 32Red Poker are now met with a message that details its exit strategy. After failing to find a new network to replace MPN, the company has decided to call it a day.

Customers will be able to log into their accounts after May 19 and access banking options and casino games. 32Red will continue to exist as an online entity offering casino and sports betting products. However, all poker games will end, as will any ongoing promotions and progressive jackpots.

Players that want to continue playing poker are being advised to join Unibet. As the sister site of 32Red under the Kindred banner, Unibet should offer at least some comfort to departing players. But, there are some who believe switching won’t be the same.

“Really surprised at Kindred’s decision to close 32Red Poker. I think it is a very bad decision because the playerpool is unique and there is a great community. It is unlikely that a lot of players will just switch to Unibet Poker. Very sad. Great memories,” Phill Hux wrote on Twitter.

There may have been an option to add 32Red Poker to Unibet’s poker network. However, the two poker sites have different communities.

After Unibet Poker moved away from MPN in 2013, it partnered with Relax Gaming and became a standalone site. Since then it’s focused on casual players and, according to a recent report, has enjoyed a record year so far in 2020.

32Red is more of a haven for sports bettors due to its sponsorship deals with various European soccer teams. Some players will, inevitably, move to Unibet, some will migrate to other poker rooms and some will drift away.

This will be less of an issue at other exiting MPN sites. OlyBet recently moved from Microgaming’s network to GGPoker. Grosvenor Poker has also confirmed it will remain operational by switching to iPoker.

More sites will be finalizing their plans in the coming days. While MPN will be no more from May 19, poker players won’t be short of opportunities.

The industry has boomed over the last two months and there is currently more than $100 million in tournament prizes up for grabs across various platforms. Losing an industry stalwart like 32Red is disappointing, but online poker is in a strong spot right now, even during a time of uncertainty.