If you played poker back in the 1990s or before, chances are you played 7-Card Stud. Back in the day, Stud was the most popular poker variant — in home games and public card rooms alike. The game was spread at least as much as Limit Hold’em (and you rarely saw any No-Limit Hold’em).

Today Stud is much less common. What little you do find is typically in a tournament – usually as part of a mixed game like HORSE or HOSE. And the tournament Stud typically spread today differs greatly in structure from the 7-Stud games poker strategy authors have written about for decades.

Some of the classic instructional tomes on 7-Card Stud were written for players in a different era. (Image: CardsChat News)

But when you read about the proper strategy, most people usually wrote about lower and middle-stakes games. That was what most readers tended to play – just like most No-Limit Hold’em players today play $1/$2 or $1/$3 NL with a capped buy-in. What’s out there in the poker-writing universe is old and, generally, not very applicable to the structure most people encounter in a typical poker tournament.

The structure of Stud, and therefore the appropriate strategy, changes as you move up in stakes. (See Winning Stud Strategy: Stealing Antes vs. Stealing Blinds). Tournaments today have a structure more akin to the higher-stakes variation. Accordingly, if you’re relying on the advice of many of these poker books and articles (many of which I authored), that were written chiefly for the low and intermediate-stakes games, then you may be getting the wrong advice for the typical tournament Stud game today.

In the typical low and medium-stakes games, you can afford to be extremely tight and patient since the antes and forced bets are relatively small. But in tournaments, with structures typically patterned after the more aggressive action of bigger games, you can’t just sit back and wait for the strongest hands.

With that in mind, I’m providing three “moves” you can add to your Stud repertoire — to move beyond a simple, tight-aggressive strategy, and toward a more dynamic, modern way to play:

1. Raising with second-best hand and an overcard

Conventional, tight-aggressive Stud poker strategy generally limits aggression on third and fourth street to premium pairs and trips. So, if you start with (K♦, 6♠) K♥ and are first in, you should generally raise if there are no aces out. It’s reasonable to surmise that you have the best hand and you want to either force your opponents to fold or put in more chips with a worse hand. Similarly, if someone completes the betting with a queen showing and you have a pair of aces or kings, you should generally raise.

With the bigger antes and forced bets in tournaments (or higher-stakes cash games), you can’t just sit back and wait for top pair. You must increase the hands you play aggressively. You can do this by also playing hands with a scary board and some value, though not top value. 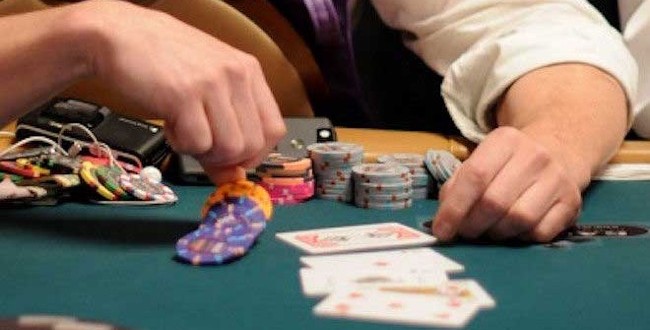 Let’s say that you have (8♥ 8♠) A♥. A player raises with (x x) K and the action comes to you. You figure him for a pair of kings. Were you in a lower or middle-stakes, tight-is-right type game, you’d either fold your inferior hand or, perhaps, call to see if you hit your two outer and make well-concealed trips on fourth street. But in a tournament, when the antes and forced bets represent a higher percentage of the pot, you should sometimes raise with this hand even though you know you’re likely to be an underdog to the initial raiser’s likely kings.

You have a hand weaker than the pair of kings you give your opponent credit for – just a pair of 8s, but you’re raising with an exposed ace, representing a pair of aces. You also have a hand that’s only a small underdog to the kings (45% to 55% or so, depending on the dead cards).

Slight underdog though you are, four potentially good outcomes come from your raise. First, you may cause the original raiser to fold, winning the pot on third street. And if he calls, your bet on fourth street will likely take down the pot — unless he catches good.

Remember, you have five cards (three aces and two 8s) that will give you what will almost surely be the better hand by fourth street.

This aggression will help your image, too – possibly getting you action when you have that monster – as your aggressive stance will make some disbelieve that you only play ABC (by the book) poker, prompting them to call you down when you’re legitimately ahead.

The “book” says you should call on third street with a few good draws like a three-flush headed by a king or an ace. While you would raise with (A♥ 5♠) A♦, you would only call with (6♥ 7♥) A♥. But, in a tournament with a higher ante structure, you should mix up your play and occasionally raise with that draw. A 3-flush on third street will only make a flush on the river roughly 13% to 23% of the time (depending on the number of suited exposed cards you see).

Even so, against the right opponents, and with the right image, your raise with the exposed ace makes sense. First, if you have a relatively tight image and are known for only raising with premium pairs on third street, your raise may win you the hand right there as good and observant opponents will assume you have a pair of aces and will concede what they perceive to be their second-best hand rather than continuing to chase. 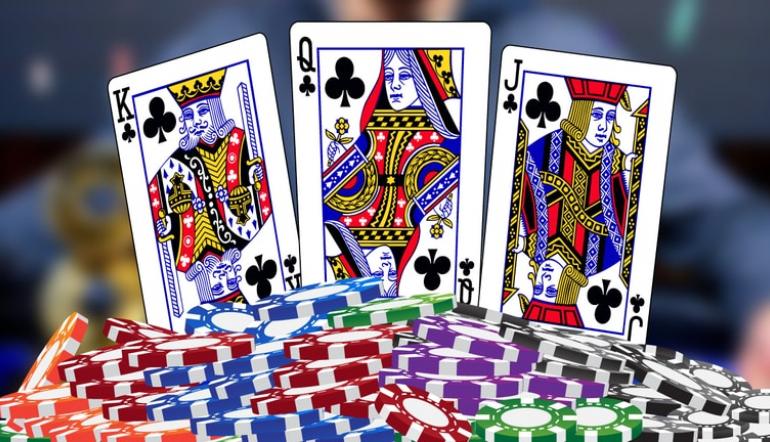 If they call you on third street, however, you still have 18 cards that will improve your hand on fourth street (in this example, three 6s, three 7s, three aces, and nine hearts). Your raise also disguises the true nature of your hand, so if you do eventually hit a flush, your opponent may be more likely to pay you off than if you played it like the drawing hand that it really was. All in all, it’s another potentially profitable way of playing more hands more aggressively.

3. Reraising on 5th street as a semi-bluff

Typically, in a low or medium-stakes cash game, you wouldn’t play on fifth street unless you either had the leading hand (with a set, top pair, or two pair), or with a flush or straight draw. But in a more loosely structured game, like the typical tournament, you can expand these parameters to include some semi-bluffs on fifth street as well.

An excellent semi-bluff is the reraise on fifth when you hit an ace or a king. Suppose, for example, you started with the 3-flush (6♥ K♥) J♥. An early position player with a queen raised, you called, and a couple of players came along as well. Fourth street gave you the not very helpful 6♣. The queen hit a 7♠, and the other players got no apparent help. The queen kicked off the betting again. With the pot inflated with the four-way action on third street, you decided to take another card and called. A third player also called and the three of you saw fifth street. 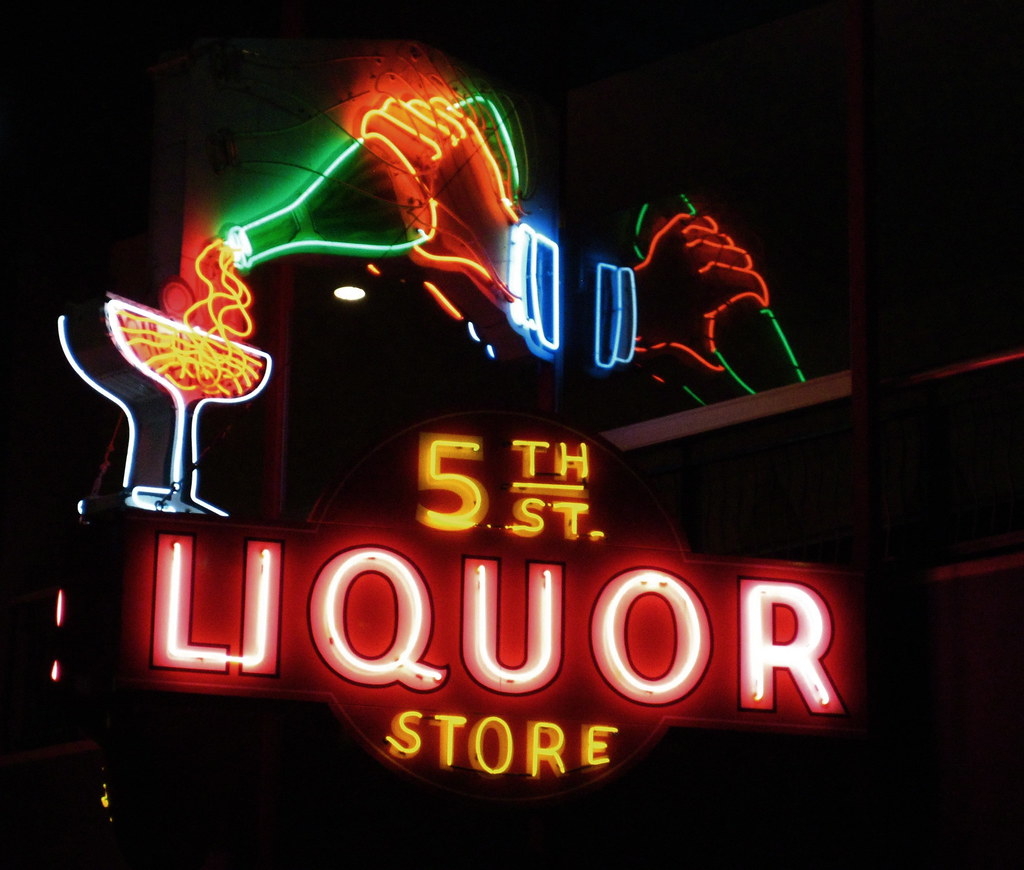 On fifth street, once again, your opponents didn’t appear to improve. You received the A♣ – missing again. The queen bet. Typically, in a low or medium-stakes game, you would fold with just a pair of sixes and the same 3-flush you started with. But in a tournament, given a relatively tight image and perceptive opponents, you can sometimes raise here.

Your raise will likely be interpreted by good opponents as meaning you hit aces up, or maybe that you were slow playing a set you hit on fourth street. Even if they call your raise, you still have eight outs to move ahead of their likely queens up. 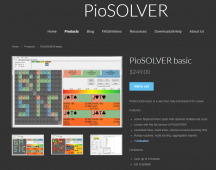