After a month of tournaments in the tent, the 2022 LAPC is wrapping up this week. Normally, the $10,000 Main Event is one of the most eagerly anticipated tournaments on the entire poker calendar. However, with the WPT name no longer attached, and no guarantee put on it, the turnout appeared to suffer, drawing a final crowd of only 119 players. 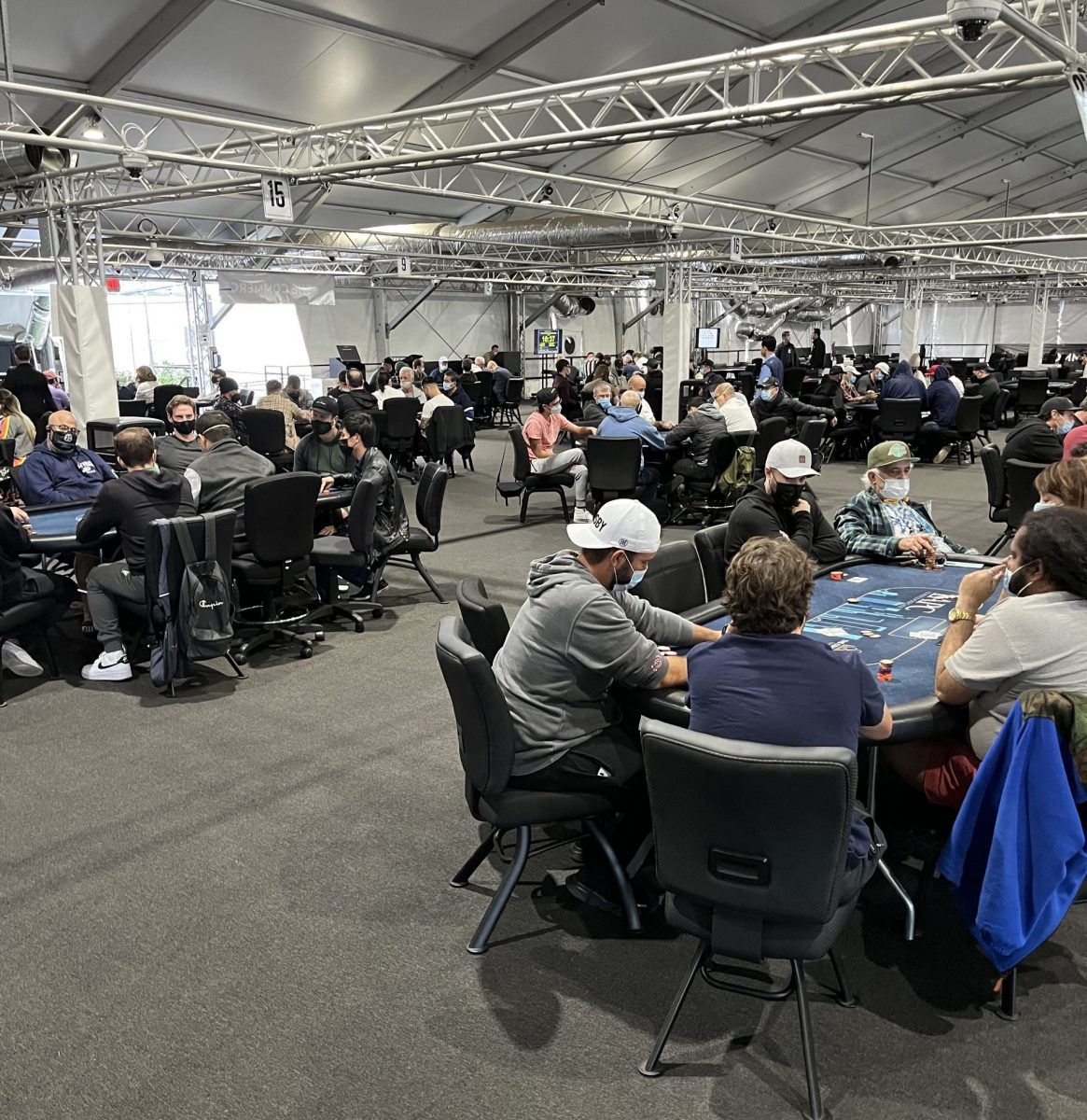 The Field on Day 1 of the 2022 LAPC Main Event (Image: Kevin Taylor/CardsChat)

That field size is a big jump from the 69 who played in the 2021 LAPC Main Event, but was still a far cry from the 490 who played in 2020, the last time the WPT was involved. In years past, the event would consistently have a prize pool in the $5 million ballpark, but given the circumstances, a prize pool of $1,118,900 was still enough to draw some of poker’s biggest names.

“Coming into the day our over/under was about 150,” Tournament Director DJ Villegas said. “If we got under 100 I would have been sad. Over 100, I’d feel ok. Anything over 150 I’d consider a huge success.”

Ho built up a stack early, but she found herself on the wrong end of a bad beat midway through the day, one that she seemed to see coming given the date of the event. She still ended the day with a short stack of 33,000.

Got it AIPF with TT against 22. I should have known today is not a good day to go up against the mighty deuce. #2sday #poker pic.twitter.com/5NGthWBFEM

Despite the big names, the atmosphere didn’t feel like a prestigious $10,000. A stroke of bad luck from the weather gods saw winds of 15 miles per hour in the area, often shaking the roof of the tent, creating a “haunted house” vibe, as one player put it.

Former WPT Invitational winner and LA poker regular Adam Weinraub said that, while he knew it wasn’t the Commerce Casino’s fault, he was bummed to see the event as a shell of its old self.

“This was, as far as I’m concerned, THE stop on the WPT. This was the one you wanted to win other than maybe when the Bellagio had the 25k,” Weinraub said. “Quite frankly if I didn’t satellite into this I wouldn’t have played it. I just don’t think there’s much value here. There’s just no incentive for people to fly in for it. I’m surprised they got as many as they did.”

Villegas confirmed that indeed, he had been in touch with several people who decided not to fly to LA for the main event due to mask mandates in effect and rules that prohibited eating and drinking at the table. Villegas called these concerns fair, and said he would likely feel the same way if he were putting up $10,000.

This understanding, and desire to please the players, seemed to be put on display with an announcement that Commerce Casino and the LAPC Twitter account made midway through Day 1. In the tweet, they said that starting tomorrow, the remainder of the tournament would be played indoors, not in the tent as the rest of the series had been.

Players making it through to day 2 will be back inside the @CommerceCasino thanks for your patience and understanding. 3 more hours to register.

Despite what most would consider a subpar turnout for the Main Event, overall the 2022 LAPC was a wild success. The Commerce more than quadrupled several guaranteed prize pools, and last week’s $1,100 Commerce Classic generated a prize pool of over $1,000,000, despite not having a guarantee. That event was won by Dula Dalibor, and in what was a rare sight in this series, ended without a chop. Dalibor took home a massive first-place prize of $170,990 for his efforts.

“If we went for my suggestions of guarantees we wouldn’t have missed any, we would have sweated the million in this last one, but if we put a million, I think it would have gotten $1.5.” Villegas said. “There was uncertainty, but luckily reputation and getting the word out got us to a million. In my opinion and the manager’s opinion, we made it work and we made it happen.” 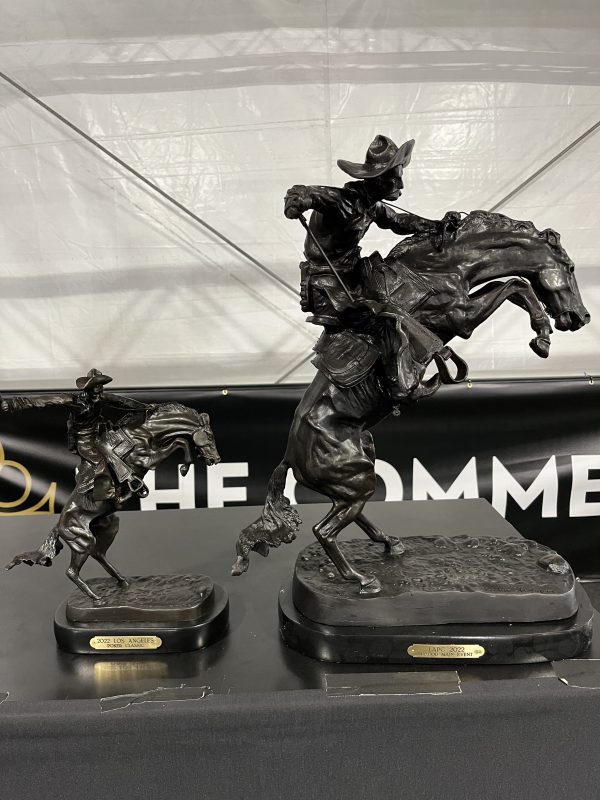 At the end of Day 1, just over half the starting field, 61 players, had found a bag to make Day 2. Local regular Ya Qin Zhao held a huge lead, but has plenty of big names who will try to chase him down on Day 2, including Kornuth, Dylan Linde, James Ramero, Danny Wong, and Ho. First place in this event will still take home a hefty payday of $300,280, and will likely wrap up in three to four days.