Should Stoyan Madanzhiev Be Recognized as the 2020 Poker World Champion?

Stoyan Madanzhiev has a bracelet and a letter stating that he is the 2020 WSOP Main Event winner, but it certainly appears up for debate if he’s the current poker world champion. Clearly, the World Series of Poker organizers don’t consider him to have earned that distinction. 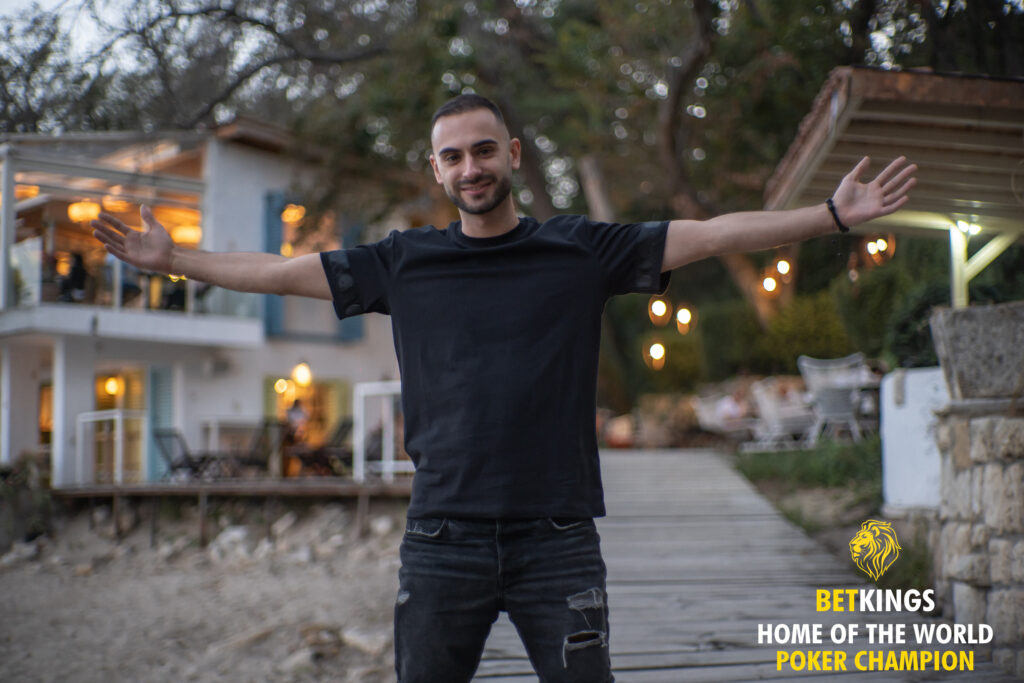 Is Stoyan Madanzhiev the 2020 WSOP Main Event winner or not? (Image: Cardplayerlifestyle.com)

Last week, the WSOP announced it will host a main event next month, beginning online at GGPoker and WSOP.com. Play will conclude with two final tables — one in Las Vegas and the other in Europe — on the days after Christmas.

Each year, the $10,000 buy-in WSOP Main Event in Las Vegas determines a world champion. This year, however, the regular freezeout tournament was canceled, along with the entire summer series, due to COVID-19. The annual live poker extravaganza was replaced with an 85-bracelet event online series split between GGPoker and WSOP.com.

During the GGPoker leg of the Online Bracelet Series, Madanzhiev won the $5,000 buy-in Main Event, which became the largest online poker tournament in history (over $27 million in the prize pool). He took home $3.9 million for his impressive performance. He also earned a bracelet along with a letter proclaiming him to be the “51st Annual World Series of Poker Main Event” champion. So, doesn’t that make him the current world champ? Apparently not.

According to a recent press release, WSOP Executive Director Ty Stewart clearly doesn’t consider Madanzhiev the 2020 WSOP Main Event champion. He stated in the press release announcing the upcoming main event: “There must be a World Champion in 2020. Poker’s history is too important.”

So, that settles it then? Not exactly. It’s clear that the WSOP staff won’t recognize Madanzhiev as the world champion, but some in the poker community do, including Sam Greenwood, who criticized Stewart on Twitter.

"There must be a World Champion in 2020,” said Ty Stewart

Greenwood also isn’t a fan of the unique concept for the upcoming 2020 WSOP Main Event. He argues that the entire tournament should be played online. Doug Polk ran a poll of his followers to find out what they think of the situation. With more than 3,100 votes cast, 63% said it’s “Not OK” that the WSOP is hosting a new Main Event after already having hosted one online over the summer.

WSOP has its series online. This included over 75 bracelet events and the 5k rebuy “51st Annual World Series of Poker Main Event”. A player won that event and was sent a certificate of their achievement.

Now WSOP announces a new Main Event for 2020 to crown a champion. Thoughts?

Not the Same Thing?

The 2020 WSOP Main Event that was played in August was quite different from the traditional world championship event. For that reason, many commenters on Polk’s Twitter post argued that Madanzhiev isn’t deserving of being considered the true world champ.

The online tournament was a $5,000 buy-in rebuy, which differs heavily from the annual $10,000 freezeout in Las Vegas. The recently scheduled hybrid 2020 WSOP Main Event costs the standard $10,000 price and is of the freezeout format. Additionally, part of the upcoming tournament will be played live at the Rio in Las Vegas. So, many poker players seem more willing to refer to the December winner as the true world champion rather than Madanzhiev.

“It was a 5k online and not available to us players. I wouldnt consider that the main event in the traditional sense,” Twitter user @kingmeplaygrnd wrote.

“Main event is 10k and comes with a 6 figure bracelet. No one took the online series as a real wsop series, but now that yall can be fake mad you’re gonna?” @ShawntheHueman asked.