The 2020 WSOP Main Event kicks off July 1, which is also the first day of live television coverage on ESPN. Poker fans will, for the fourth straight year, be able to watch poker’s most prestigious event live from start to finish. 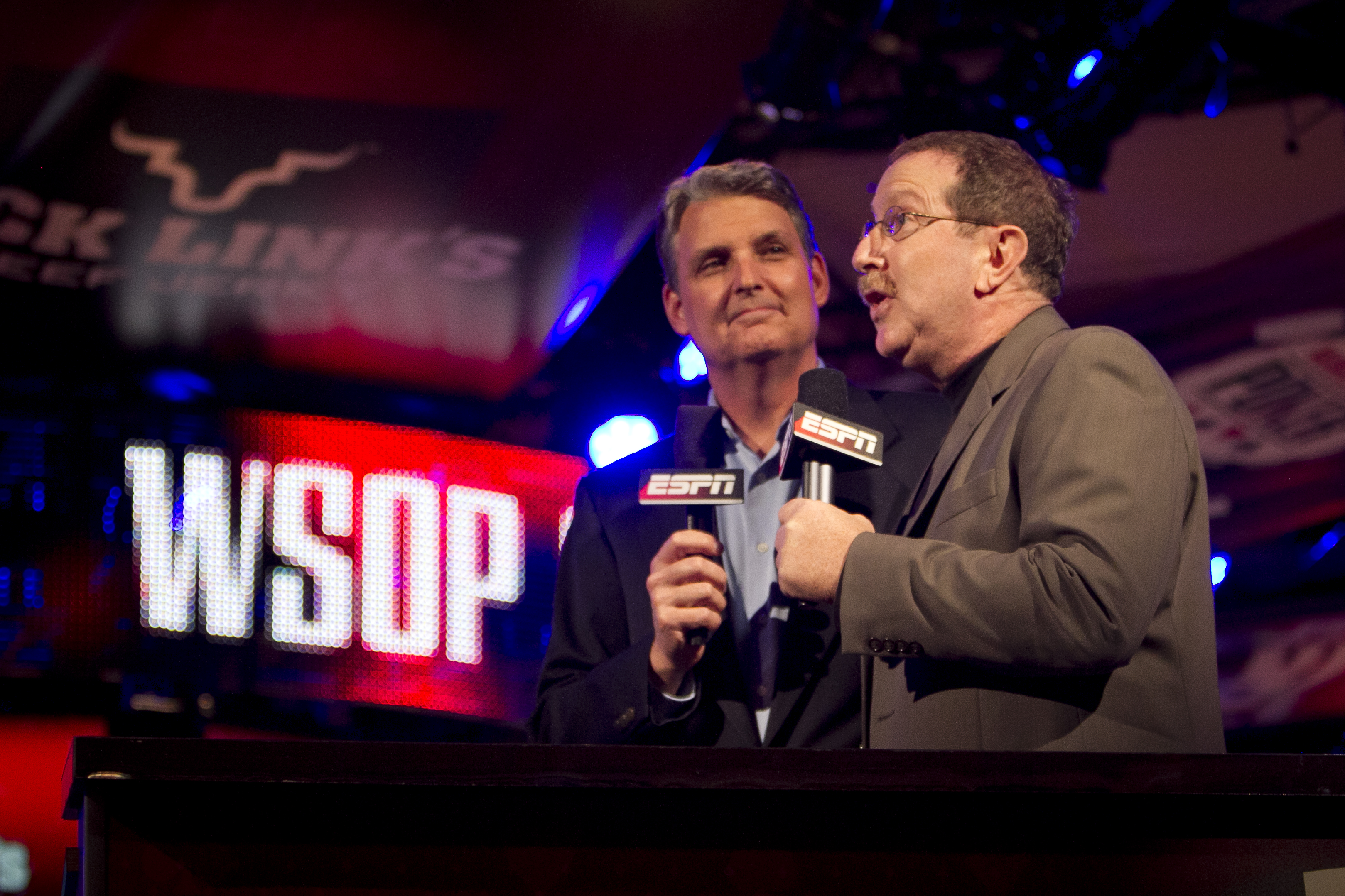 Lon McEachern and Norman Chad will partner for the 18th straight year on ESPN at the 2020 WSOP. (Image: ESPN)

Poker’s longest standing broadcast duo — Norman Chad and Lon McEachern — will once again handle the commentary duties. They’ve been World Series of Poker television partners on the four-letter network since 2003.

The first day of coverage — Day 1A — begins July 1 at 8 pm ET on ESPN2. The opening session will air live from the Rio All-Suites Hotel and Casino in Las Vegas for five straight hours. Coverage is scheduled for ESPN on July 2 (Day 1B), July 4 (Day 2AB), and July 14 (final day of the tournament). The remaining 11 sessions will be televised on ESPN2.

This year’s final table, for the fourth straight year, will take place in July. The November Nine concept is now a thing of the past. Cards will be in the air at the 2020 WSOP Main Event final table on July 12 at 10 pm ET (7 pm in Las Vegas). ESPN and ESPN2 will broadcast every hand at the final table over three days.

Hossein Ensan, an Iranian-born player who resides in Germany, will enter the 2020 WSOP Main Event as the defending champ. He took home $10 million for his impressive performance last year, but as an unknown player to most of the poker community, he didn’t have a bullseye on his back. This year, he’ll be the target of amateurs and pros hoping to take out a world champ, so we’ll get to see how well he adapts his game.

Dario Sammartino was one of the crowd favorites at last year’s final table. He finished in second place, earning $6 million, and he did so while dressed to the nines. The Italian pro then headed to Rozvadov, Czech Republic in October, where he posted another deep run. At the 2019 WSOP Europe Main Event, Sammartino finished in fourth place for €341,702.

If the 2020 WSOP Main Event is anything like last year’s edition, you might want to stay glued to your TV set in July.