The 2020 election betting markets in the US took drastic shifts, in both directions, throughout the evening as Donald Trump sought re-election. It was a wild night for political gamblers and those heavily vested in American politics, and we still don’t know who will become the next President of the United States, although Joe Biden appears on the cusp of victory. 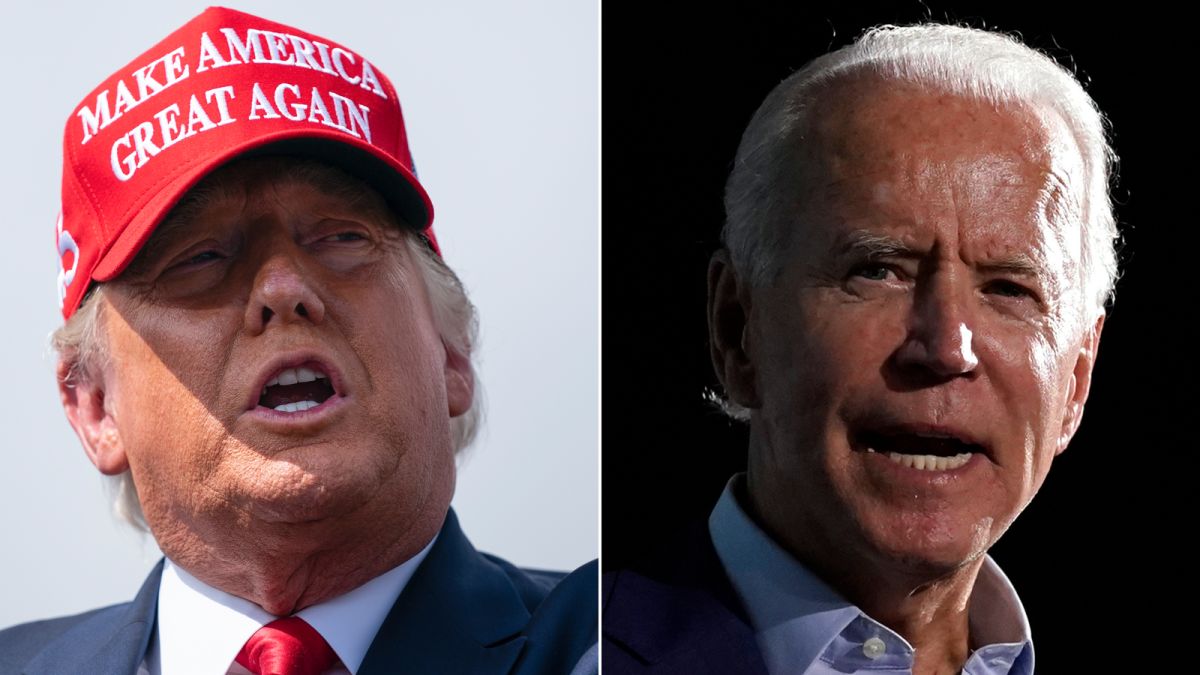 The 2020 US presidential election is still up for grabs. (Image: CNN)

Donald Trump, the 45th President of the United States, ran red hot in 2016 against Hillary Clinton. The Republican candidate won three states — Michigan, Wisconsin, and Pennsylvania — by less than 2%. This time around, in his re-election bid, it appears the former reality TV star isn’t going to hit some lucky river cards.

Biden is on the verge of claiming those Rust Belt states that bounced Trump’s way four years ago. It didn’t appear that way late in the evening, however. Trump was so far ahead at around 7 pm PT that he was a near virtual lock, according to the betting markets.

Then, it all came crumbling down for the incumbent. For some poker-playing gamblers, the roller coaster ride that was the 2020 Election Day results was as stressful as getting it all-in on the flop against a flush draw on the WSOP Main Event bubble. Poker pro Matt Glantz summed it up perfectly in one pic.

Me 3 hrs ago vs Me now pic.twitter.com/Xf3zGclGdL

As the country awaited the earliest Election Day polls from East Coast states such as Florida, Biden checked in as a -220 betting favorite (+190 for Trump). As of Wednesday morning, he’s now an even bigger favorite at -500, per Oddsshark. It’s what happened in between, however, that those following the 2020 election will remember forever.

Florida, a state worth 29 huge Electoral College votes, went from a toss-up to a guaranteed Trump victory. It was a huge win for Trump who, according to virtually every pundit, needed to win the Sunshine State to have any shot at securing re-election.

While the inevitability of a Trump win in Florida grew, he also ran up some big leads in other key swing states, such as Michigan, Wisconsin, and Pennsylvania. By 7 pm PT, he had gone from a +190 dog to a -370 favorite. Ten minutes later, the odds grew again to -775.

Democrats and those who bet on Biden to win were on the verge of conceding defeat. Trump supporters and his bettors were jumping for joy as if they were Jean-Robert Bellande at the 2008 WSOP Main Event, celebrating his presumed double-up on the turn before the cruel river gut-shot straight hit.

Due to COVID-19, many voters — more than ever before — opted to vote via mail-in and absentee ballots. Most of the mail-in voters were registered Democrats, as they are the group most likely to show concern for the global health pandemic.

So, despite the polls showing Trump ahead by wide margins in the key swing states, many gamblers and bookmakers were apparently unaware that most mail-in and absentee ballots had yet to be counted. Biden holds a significant advantage in mail-in ballots.

In Pennsylvania, for example, 66% of the more than 2.4 million mail-in ballots were from registered Democrats, and just 23% were registered Republicans. Once the mail-in ballots began being counted in most swing states, Biden rallied quickly, causing yet another massive shift, this time in the former vice president’s favor.

Just 90 minutes after being booked as a -775 favorite, Trump’s odds were down to -150. Early in the morning Wednesday, Biden took the lead in Wisconsin, appeared to have Arizona locked up, held a lead in Nevada, and was on the cusp of taking over the lead in Michigan. As a result, his odds shifted all the way to being a -500 favorite as of 9 am PT Wednesday.

The election isn’t over, however. Weird things can still happen, especially in 2020. But it appears, barring yet another wild twist and turn, Joe Biden will become the 46th President of the United States.