The 2019 WSOP lasted seven weeks beginning May 29 and ending when the final card of the Main Event was dealt. It was an exciting summer full of sick suck-outs, massive pots, and big name bracelet winners. Let’s relive the action from start to finish. 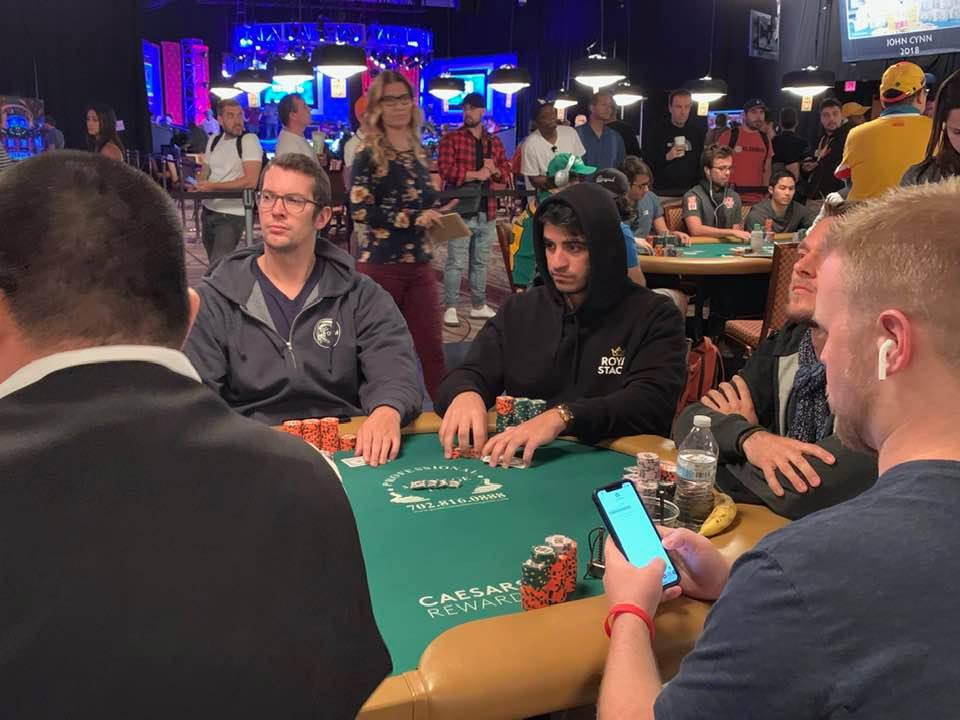 Daniel Hachem (black hoodie) ran deep in the Main Event and almost followed in his father’s footsteps. Joe Hachem won it all in 2005. (Image: CardsChat News)

A total of 89 players over 90 events won gold bracelets this summer, the most in history. Among those who did include Michael Mizrachi, Dan Zack, and John Hennigan. Those who didn’t include, for the fifth (or more) straight year, Mike Matusow, Daniel Negreanu, and Phil Ivey.

The first open bracelet event of the summer was the $10,000 Super Turbo Bounty on May 29, which brought in 204 players, which is a solid turnout for a five-figure buy-in. Brian Green won it for $345,669 after defeating young poker phenom Ali Imsirovic heads-up.

And then the party really got started on June 1 with the $500 Big 50, which became the world’s biggest poker tournament in history. A whopping 28,371 entries took their shot at a seven-figure payday. But it was Femi Fashakin who won the pseudo-lottery and walked away with $1.15 million.

Last year, drama surrounded the World Series of Poker from start to finish. At the beginning of the summer, Doug Polk purchased a billboard outside the Rio to mock Daniel Negreanu. And then throughout the series, poker pros constantly complained about the pushy cell phone accessory salespeople in the Rio hallways.

This year was a bit different. Or, at least, it seemed that way. There wasn’t near as much major drama in 2019 at the WSOP as in previous years, which may or may not have been a good thing, depending on how you look at things.

As the summer wore on, Dan Zack, who won the $2,500 Limit Mixed Triple Draw event, became the person to beat in the Player of the Year race. But many others, including 2018 champ Shaun Deeb, were lurking and within striking distance.

As the summer began to wind down, Dan Zack continued his Player of the Year lead. Daniel Negreanu, Mike Matusow, and Phil Ivey all continued grinding in hopes of ending long bracelet droughts. None of them would accomplish that goal.

But Robert Campbell won his second bracelet of the series in late June by shipping the $10,000 Seven Card Stud Hi-Lo 8-or-Better. He finished the series off in the lead for Player of the Year but has Shaun Deeb, Negreanu, and a few others breathing down his neck a few months prior to the start of WSOP Europe.

Many projected the 2019 Main Event would surpass 2006, which set a record with 8,773 entries. And those predictions weren’t too far off base. But at 8,569 entries, this year’s world championship event fell just short of the record.

After the final card was dealt on Day 10, Hossein Ensan from Germany was the last person standing. He took home $10 million and earned the right to be crowned poker’s world champion for the next 365 days or so.