If it seems like the first half of the 2019 WSOP has been a little ho-hum, you probably aren’t the only one with that opinion. As a matter of fact, I know you aren’t because I happen to agree. But with that said, something tells me the second half of this 50th annual poker series has more excitement in store. 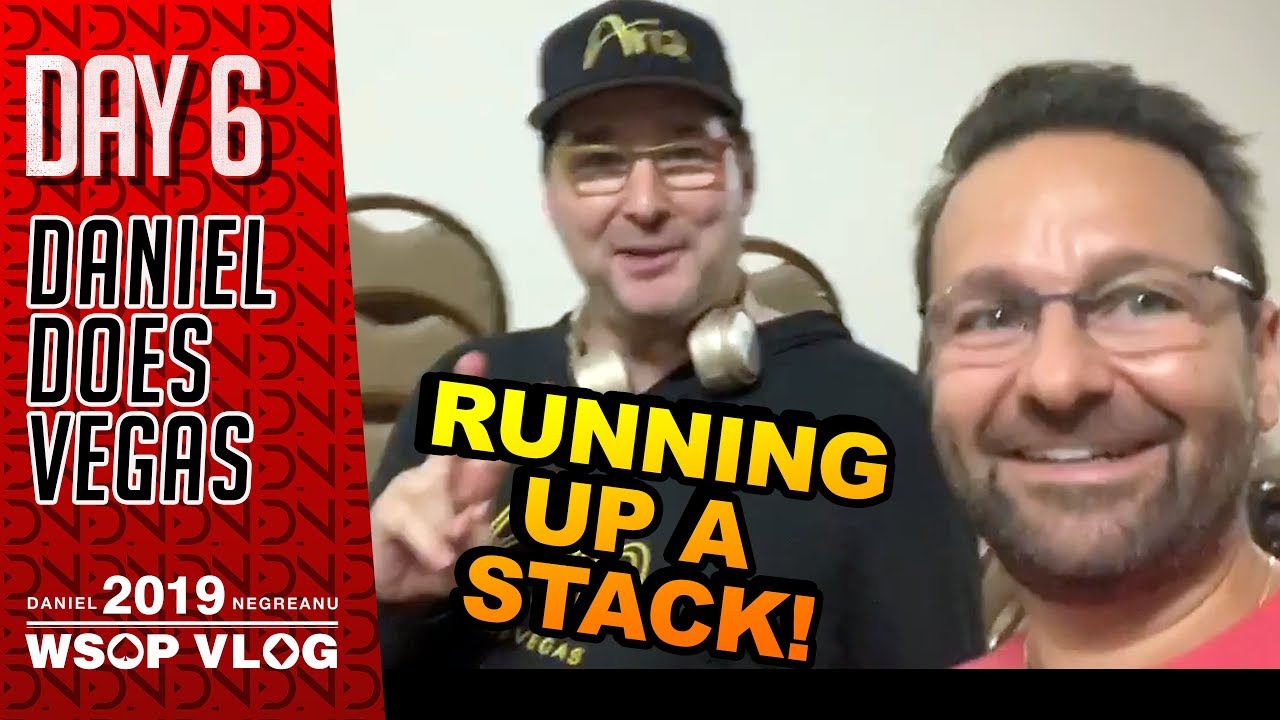 Daniel Negreanu’s vlogs have been on point, as always, this year. (Image: YouTube)

During the first four weeks, we’ve seen Daniel Negreanu twice come close to winning his first bracelet since 2013 (but fail…again), his rival Doug Polk made a return to the poker streets and once again stirred the pot as he always does so effectively, John Hennigan won another bracelet at Negreanu’s expense, and what’s up with the lack of standout performers thus far?

Prior to the start of the 2019 WSOP, I made a bold prediction that one of a select group of 14 players would win Player of the Year. Let’s just say that, as of right now, I’m going to need to run exceptionally well the next few weeks or my projections will look worse than Phil Hellmuth after taking a bad beat.

Names such as defending champion Shaun Deeb, Chris Ferguson, Brian Hastings, and of course Negreanu made my list. But Deeb is the only one who cracks the top 15 of the current Player of the Year standings, and he’s in seventh place.

It’s still way too early for me to panic. There’s plenty of time for someone like Ferguson, who already has eight cashes but none for more than $4,843, to ship a couple of bracelets and overtake the lead. But I have to admit that I’m a bit nervous my pre-WSOP predictions are going to look horrible.

Close But No Cigar for Kid Poker

Although it may be hard to believe, Daniel Negreanu is six years removed from his last WSOP bracelet and it’s been 11 years since he’s won a title in Las Vegas. Thus far in 2019, he’s come close twice but hasn’t been able to finish off the deal.

In the first open event of the summer – $10,000 Super Turbo Bounty – he made the final table but was eliminated in sixth place ($52,099). Last night, he brought the chip lead to the $10,000 Seven Card Stud final table and appeared to be headed for his seventh career bracelet.

But John Hennigan had other plans. “Johnny World” and DNegs went back and forth heads-up for the title for nearly four hours, repeatedly trading the chip lead, before Hennigan finally finished off the job.

Negreanu will eventually win another bracelet. He’s too talented and plays full schedules every year. It may even come yet this summer. But the frustration for one of poker’s all-time greats continues.

The Master Troll is Back

Guess who’s back, back again? Doug Polk’s back, tell your friends. If you don’t get that Eminem reference, you’re missing out, by the way.

The recently “retired” Polk who claims to have lost his passion for playing poker never lost his passion for trolling. Last year, he purchased a billboard outside the Rio which read “MoreRakeIsBetter.com” to mock his rival Negreanu. He wasn’t so elaborate this year with his trolling of the former PokerStars ambassador. But he did pop off a bit about Kid Poker on Joe Ingram’s recent “Poker Life Podcast.”

Polk also took a shot at poker vloggers in a recent video mocking those who create vlogs. Doug has made it clear in the past he doesn’t understand why poker vlogs are popular. Oh, and he even competed in one event but didn’t cash. He said he plans on also entering the Main Event next month.

The 50th annual WSOP produced the world’s largest poker tournament. More than 28,000 players entered the $500 Big Fifty, surpassing the 22,374 of the 2015 Colossus for the live tournament record.

That was a great moment for poker because it showed just how popular the game still is, years beyond the poker boom era. But the series as a whole, at least in my opinion, has been lacking in excitement a bit.

No player has won multiple bracelets or gone on any sick heater. Drama, especially on Poker Twitter, has been slow.

Perhaps, I’m a bit jaded from last year’s WSOP. In my opinion, and I’ve been following the series since 2003, the 2018 World Series of Poker was the most exciting in history.

So, maybe I need to quit comparing the 2019 series to last year and then I’ll see things differently. With that said, I have a hunch that the next few weeks are going to be rather entertaining. And I still have confidence in any of my 14 horses to come through and win Player of the Year.