Pham and Kassela Each Book 3rd WSOP Bracelet Win, Down to Final Four in HU Championship

On the ninth day of the 2017 World Series of Poker, the pros staked their claim at the Rio. The day saw two previous WSOP winners add to their bracelet totals, and other big names book wins necessary to keep their bankrolls on an upward trajectory. Plenty of former champions are also in the mix, looking to keep the rungood going, just in time for the next wave of weekend warriors to arrive. 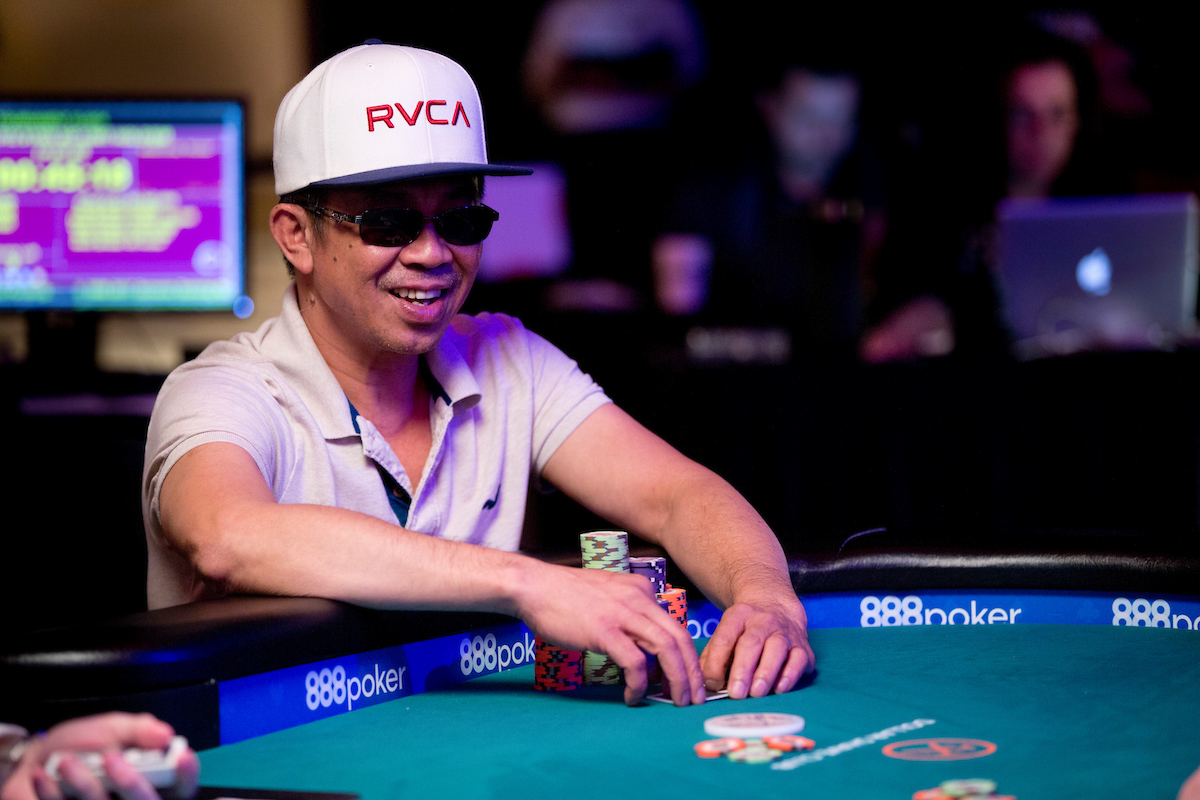 Longtime pro David Pham was all smiles as he cruised toward his first bracelet in more than 10 years, to show he still means business at the table. (Image: Jamie Thompson / PokerPhotoArchive.com)

David “The Dragon” Pham won his first bracelet in 2001. Five years later, he captured his second at the height of the poker boom. More than a decade would pass before this quintessential pro returned to the winner’s circle to claim his third. But he did do it again, besting a field of 1,739 players to win Event #12: $1,500 No-Limit Hold’em.

“It’s been a long time. Every year I’ve come close; last year I made a final table, too. I had a stack, but I didn’t make it [to the win],” Pham told WSOP officials. “Of course the money comes first but the bracelet means something, too. It took me 11 years to make it [back]. You get emotional.”

Pham’s heads-up battle with Jordan Young, who earlier this year won the MSPT Poker Bowl at The Venetian, was a fight for the ages. Young began with 8.9 million to Pham’s 4.5 million, but eventually the stacks evened out. From there, Pham whittled down his opponent’s stack and eventually finished him off when a river king put his king-nine ahead of Young’s ace-seven.

“There’s a lot of good players now,” Pham added,  “young guns. I have to play my best. Ten years ago, the game was easier.”

That may be true, yet Pham, cousin of Men “The Master” Nguyen, never stopped putting up WSOP results, even during his bracelet drought. After yesterday’s finish, Pham now has 47 cashes, 13 final tables appearances, three victories, and $2,267,461 in winnings.

Event #13, $1,500 No-Limit 2-7 Lowball Draw, began with 266 players, and ended with two veterans duking it out. For a while, it looked as if poker media personality Bernard Lee might finally capture his first gold bracelet. But instead, 49-year-old Frank Kassela took home his third, and his first in a non-stud event.

“It feels great,” Kassela told WSOP officials after the win. “Nothing feels better than winning a World Series of Poker bracelet when you’re a poker player. You know, especially for me. I’ve gotten really close in no-limit hold’em, and I don’t remember what the other sh*t was, but to get a non-stud bracelet is nice.”

Remaining players return at noon PT on Friday to play for the title and a $203,709 top prize.

Event #15, $10,000 Heads-Up Championship, will resume Friday with just four players left. This exciting bracketed event began with 128 hopefuls, which after two rounds on Thursday was down to 32 remaining players. Half of those would fall short, leaving the Sweet 16, with Dan Smith, Taylor Paur, and 2015 Main Event champ Joe McKeehen among the players scoring a $26,711 min-cash.

In the quarterfinals Ryan Fee, Jack Duong, Olivier Busquet, and Ryan Hughes would all lose their one-on-one battles, getting paid $54,986 for the privilege.

Event #17, $10,000 Dealers Choice 6-Handed Championship, drew 102 players, and saw 37 make it through Day 1. Among those to fall early were Phil Hellmuth, Jean-Robert Bellande, and Shaun Deeb.

With recreational players arriving in Las Vegas at the end of their work week, the WSOP offers a couple different small buy-in, big-field challenges.

Event #18, $565 Pot-Limit Omaha, will feature two starting flights. Days 1A and 1B will begin play at 11 am and 4 pm PT, respectively. With 30-minute levels to start (then longer levels later in the tournament), unlimited re-entries during the open registration period, and relatively short starting stacks, this event promise lots of thrilling action.

Then, at 7 pm, the first flight of Event #19, the inaugural $365 buy-in “The Giant,” gets rolling. This tournament offers Day 1 flights every Friday, starting this week, with each Day 1 field playing well into the money. The process repeats itself on June 16, June 23, June 30, and July 7.

All Friday night flight survivors get paid whatever the last paid finisher of the evening won (similar to how the November Nine worked), and will return on July 8 for Day 2. There they’ll compete for the remainder of the prize pool, which WSOP officials and players alike expect to be, well, giant.

As with $565 PLO, each Day 1 flight of the Giant offers unlimited re-entries, too, because let’s admit it … some players want these sorts of weekends to never end.