Day 14 of the 2017 World Series of Poker crowned yet another three-time bracelet winner. Meanwhile, the Millionaire Maker played down to its final 14, distance runners completed another leg of the Marathon, and the always-exciting and often painful $10K Razz Championship got underway. Just another summer day at the Rio, with millions of dollars on the line. 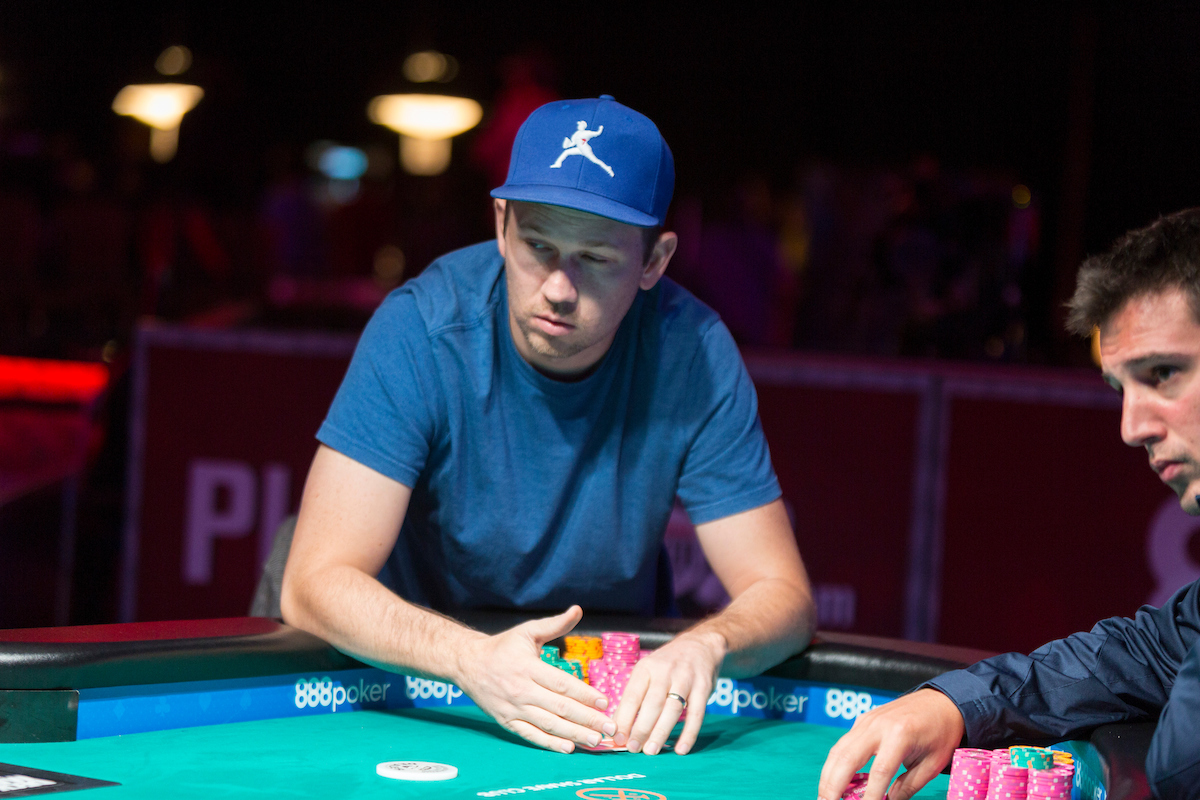 Are you looking at me? WSOP trooper John Monnette gives an opponent the steely eye on his way to winning his third WSOP bracelet. (Image: Melissa Haereiti / PokerPhotoArchive.com)

Not so Angry Anymore

It marked the 54th WSOP cash for Monnette, and his 15th final table appearance.

“I had some good hands,” Monnette told WSOP officials after the win. “Those were some really tough players — Paul [Volpe], who won this event last year. And Darren, on my left, who is excellent at this game.”

Previously known for his temper, Monnette seems to have become more laid back in recent years, letting his cards speak more than his outbursts. Some friends credit his calmer demeanor to getting married, nearly two years ago to poker media fave Diana Cox. And what better way to keep the honeymoon going than by bringing home another gold bracelet?

Milly Maker Down to 14

Event #20, $1,500 Millionaire Maker No-Limit Hold’em, began with 7,761 entrants. At the start of Day 3, 136 players returned for action with millionaire dreams. By the end of the night, just 14  could sleep well knowing they were still in contention for the $1,221,407 first-place prize that comes with winning this bracelet.

Leading the pack is Ralph Perry with 7.77 million, and he is joined by players like Bryce Yockey (6.32 million), Jonathan Gray (5.16 million), and short-stacked Brian Altman (1.02 million).

The final 14 players will battle down to a winner on Wednesday.

WSOP Marathon Down to 268

This purposely slow long-distance slog began with 1,759 runners and is down to 268.

Day 2 saw 806 players return from the night before, but because registration was open up until the start of play, 113 more joined them. That brought the total field up to 1,759 players and created a prize pool of $4,147,722. That will be distributed to the top 264 players with a min-cash being worth $3,934.

Though there’s still a long way to go, one particular Marathon runner of note to keep an eye on is Adrian Mateos (599,500), who won his third gold bracelet less than a week ago. Not only is he clearly on his game,  but last year he won the Summer Solstice event, a protracted-levels event similar to The Marathon.

Leading the pack with 364,500 is three-time bracelet winner Frank Kassela. The only other player over the 300K mark is Don Zewin (303,000), who finished runner-up to Phil Hellmuth in this event a few years back.