Tyler Smith Wins Historic PLO, Mercier Busts Twice Defending Lowball Title, and Who Wants to Be More Than a Millionaire at WSOP?

Only one bracelet was handed out on Sunday, Day 12 of the 2017 WSOP. It came in the biggest non-hold’em tournament field in history.

Meanwhile, Jason Mercier’s remaining hopes for defending his $10,000 No-Limit Lowball Draw Championship title were quickly dashed as the weekend came to a close. But the mighty Millionaire Maker in the end exceeded its guaranteed expectations. 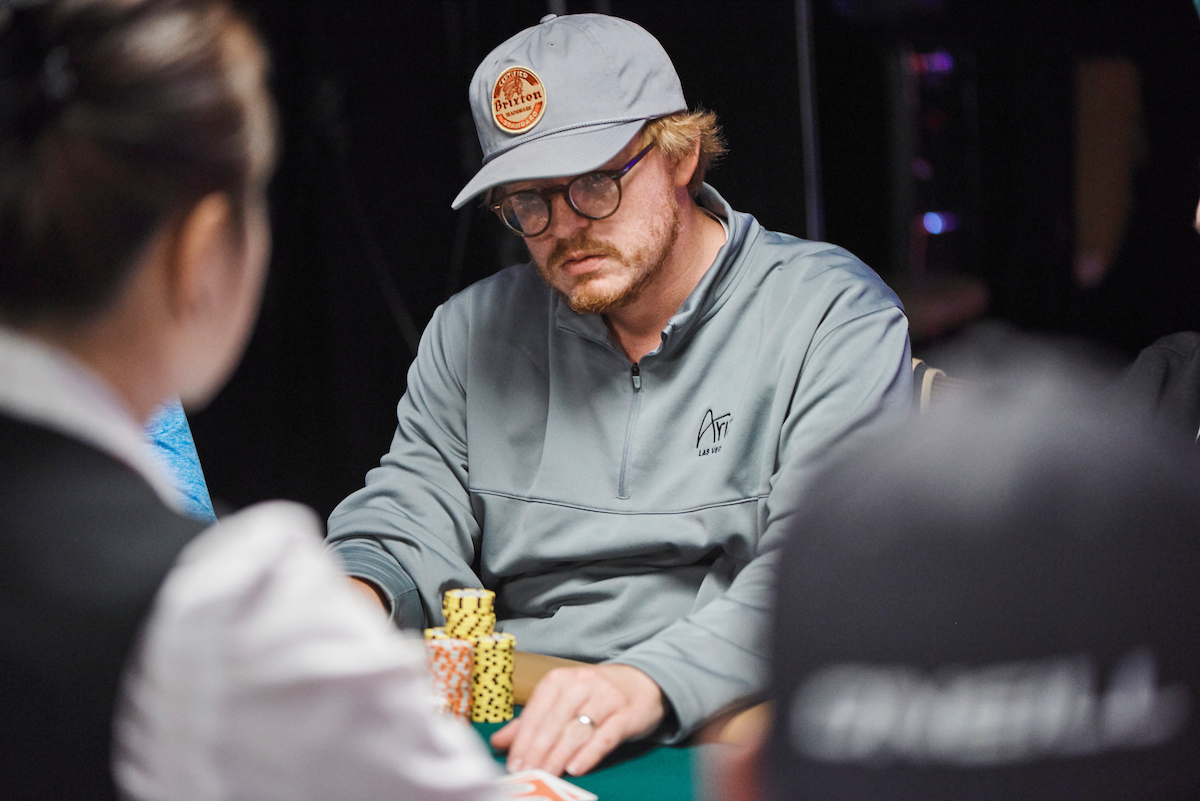 Tyler Smith’s first cash in a non-Texas hold’em event was a good one, winning him a bracelet his handling of a huge field playing PLO. (Image: Antonio Abrego / PokerPhotoArchive.com)

After two years away from tournament poker, 30-year-old cash game grinder Tyler Smith from Smithdale, Mississippi, now residing in the Las Vegas area, decided to jump into Event #18, $365 Pot-Limit Omaha. The tournament ended up being the largest non-hold’em event in history, with 3,186 entries, and the biggest win of Smith’s career.

Smith, who had previously won a WSOP Circuit ring at a 2008 Harrah’s New Orleans event, plans to use his latest cash infusion to boost his bankroll and to support investments in real estate and flipping houses. The win places Smith second on the all-time list of winningest players from Mississippi, behind “Captain” Tom Franklin.

“It feels amazing,” Smith told WSOP officials after the win. “You know, when you enter these things and there are so many people, it’s a minefield, but they seem unwinnable to an extent. So, kind of every level that you go and you make it a little bit further. It’s like a surreal experience.”

Smith had such a big chip lead that heads-up play against Jason Stockfish lasted just one hand. To close out the win, Smith raised to 600,000 holding the A♣Q♦8♠7♠ and called when Stockfish shoved his short stack with A♠10♠8♦5♥. The board ran out J♥6♥4♥J♠2♠, and Smith’s ace-queen was enough to win the tournament holding hardly more than a pair.

The first is WSOP bracelet winner Fabrice Soulier, who bagged up 346,000 chips. Not far behind him is online poker pro Alex”Alexonmoon” Luneau (310,500), who two years ago was featured in the European Poker Award-winning documentary Nosebleed.

The final ten will return at 2 pm on Monday to play down to a winner.

Among those to fall on Day 1 were defending champ Jason Mercier, Phil Hellmuth, and Ben Lamb, all of whom fired two bullets in the tournament.

Day 2 action will get underway at 2 pm on Monday.

Next Up: The Marathon and a Sprint

A new week kicks off with two events starting on Monday. The first is Event #23, The Marathon $2,620 No-Limit Hold’em. This inaugural tournament format features lengthy 100-minute levels, a slow blind structure, and starting stacks of 26,200 chips. (Get it? A marathon is 26.2 miles.)

The five-day event is designed to give runners a lot of play for their money, with only six levels of action each day.

On the other end of the speed spectrum, Event #24, $1,500 Limit Hold’em, will get underway at 3 pm. In this three-day tournament, players start with only 7,500 in chips, and registration will remain open until approximately 9:45 pm. So participants should be ready to play fast, but they’re welcome to get there late.