The 2017 Super High Roller Bowl at Aria Resort and Casino in Las Vegas is now just one player shy of filling its 56 seats. That participant in this $300,000 buy-in tournament that takes place in late May will go to a celebrity, who will be announced in the near future. 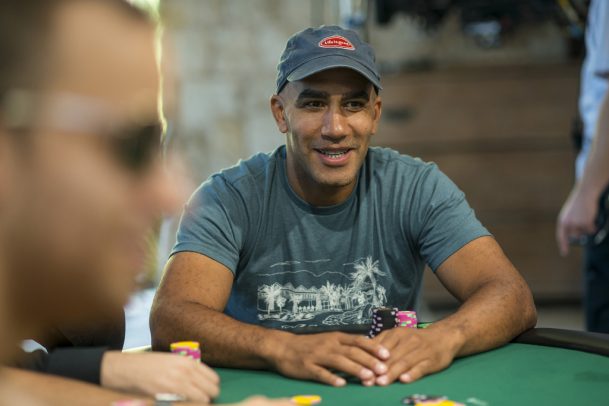 Businessman Bill Perkins is one of 56 players who will compete in the 2017 Super High Roller Bowl at the Aria in Las Vegas. (Image: flikr.com)

Earlier this month, Poker Central broadcasted an entry lottery and granted seats to 35 players. That left 15 players who were to be chosen by Aria. Due to high demand, the field was increased to 56 players.

On Tuesday, Poker Central announced 20 of the 21 remaining seats. Among that group is a mouthy Lithuanian politician, a ‘poker brat,’ the reigning WSOP Player of the Year, a social justice warrior, a wealthy businessmen, and the live poker tournament winnings leader of all time.

The 20 selected players represent a good mix of new-school and old-school pros. Poker boom era players such as Daniel Negreanu, Phil Hellmuth, and Tony G made the cut. Younger stars, including Jason Mercier, Jason Koon, Dan Smith, and Justin Bonomo did as well.

Once each player buys in, the rake-free prize pool will hit $16.8 million. First place will pay $6 million, which is $1 million more than defending champion Rainer Kempe won in 2016.

Among the 20 players selected on Tuesday were a few successful businessmen. And these guys can pull off a bluff with seven-deuce as effectively as they can build a company.

Retired grout manufacturing mogul Bill Klein is on the list. He has competed in the Super High Roller Bowl the past two years. In 2015, he finished 2nd in the $111,111 buy-in WSOP One Drop High Roller.

Hedge fund manager and venture capitalist Bill Perkins, the businessman who loves a crazy prop bet, will play in this event for the third consecutive year. He’s been a regular in high stakes cash games for years.

Who Will Get the Celebrity Seat?

Poker Central said it will announce the celebrity player “at the start of next month.” We have no inside information as to who that seat will go to. However, here are a few potential competitors:

The 2017 Super High Roller Bowl runs May 28-31, right before the start of the World Series of Poker.

I hope Phelps is the surprise celebrity player. Would make sense since he is friends with esfandiari and jeff gross.