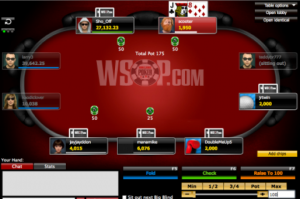 New Jersey online poker sites such as WSOP.com saw a decrease in revenue throughout most of 2015. (WSOP.com)

The New Jersey online poker industry took a tumble in 2015, but the year wasn’t a complete failure.

Battling to legally enter the US market since Black Friday in 2011, PokerStars was successful in accomplishing its goal in one state, New Jersey.

The popular poker site has yet to launch, and hasn’t even announced a start date, but made a monumental step towards re-entering the US market. PokerStars will likely begin taking sign-ups in early 2016 for those in the Garden State

Unfortunately, most of the remaining storylines regarding the New Jersey’s online poker industry this year aren’t as positive.

Only three states in the US currently have legal, licensed online poker sites. In order for other states to pass legislation, the first states need to show legalizing online poker could lead to economic growth.

However, that simpleywasn’t the case for New Jersey this past year. The state’s results show that Internet gambling revenues are inconsistent and not as beneficial to its coffers as was once promised.

In June, the month where the World Series of Poker is in full swing in Nevada and a time when poker is at its most popular, New Jersey hit an all-time low.

The state generated just $1.83 million in June, the lowest since licensed poker sites began operation in November 2013. In comparison,

Internet gambling as a whole, however, has been doing just fine. New Jersey’s online casinos earned nearly $10 million in June, an increase of 22.8 percent from the same time in 2014.

This can be attributed to the fact that poker simply isn’t the most popular form of online gambling.

The state bounced back in July, in a small way. Still a disappointing month, but traffic did increase by three percent  in cash games at New Jersey online poker sites in July.

For the online poker industry to survive long-term, small steps such as this are important. However, the month of September was another tough time for the New Jersey poker market.

September revenues were just $1.7 million, setting the new record low. Those revenues dropped off 10.7 percent from August and a 15 percent drop off from September 2014.

Many lawmakers around the country in other states are fighting to legalize online poker elsewhere. With states such as New Jersey and Delaware still trying to ramp up significant revenue, two of the three states with licensed Internet gambling sites, other states have a tall task making the case to pass legislation.

The good news is that 2016 could be a successful year for the online poker industry in the Garden State. PokerStars just might be the big brand name that could help spike interest in the game.

If PokerStars is unable to attract a large audience in New Jersey, not much will. But there is much anticipation throughout the state for the poker site’s arrival.

New Jersey’s online poker industry had a disappointing year in 2015, but that doesn’t mean it’s doomed. Next year could very well could be a banner one for a state where poker has been extremely popular for many years in land casinos.

If the sites are performing so weakly, is the State of NJ even generating enough money to pay for the regulation?