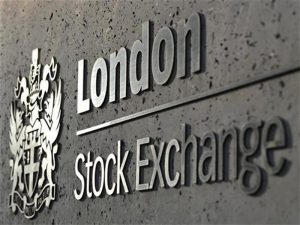 The much anticipated Paddy Power Betfair merger has finally been completed, after shares in the new company went live on the London Stock Exchange this week.

The deal, which was first agreed to back in September 2015, is worth £5 billion ($7.2 billion) and will go down as one of the largest iGaming deals to date.

As part of the merger, the new entity, which will be known as Paddy Power Betfair, will be based in Dublin and Paddy Power shareholders will control 52 percent of the company, while Betfair’s investors will own 48 percent.

Although Paddy Power and Betfair will continue to operate as separate brands in the UK, Ireland, and beyond, it’s the new company’s intention to create the largest online gaming operation in the world.

The first step in that process came in the form of a new listing on the London Stock Exchange. Prior to Tuesday’s listing, Paddy Power shares valued at €1 billion ($1.09 billion) changed hands, pushing up the share price by four percent.

As well as the listing on the London Stock Exchange, today’s news also signaled the appointment of three new senior members of the Paddy Power Betfair. Assuming new roles following the completion of the merger were Breon Corcoran as CEO, Alex Gersh as chief financial officer, and Ian Dyson as a non-executive director and senior independent director.

Once completion of the merger was made public, Paddy Power Betfair released a statement summarizing its current status.

“Paddy Power Betfair has a market-leading presence in the UK, Ireland, Australia and the USA, as well as a range of B2C and B2B operations across Europe,” a company statement read.

Potential Positives for US Poker Players

For poker players in the UK and Europe, the outlook for 2016 will likely be much the same, as the company will continue to operate separately branded poker rooms and betting sites.

However, for poker players in New Jersey, the news could signal the revival of a previously shuttered site.

Following poor revenue returns, Betfair Poker New Jersey finally closed its doors in December 2014, but the new alliance could prompt the operator to reconsider this part of its business.

Although Betfair and Paddy Power have traditionally had stronger ties to the sports betting world, their recent reference to the “USA” does show intent to stay active in regulated states such as New Jersey.

Restarting a poker entity with the joint financial of Paddy Power and Betfair could be enough to help a poker platform succeed where the other failed.

While the plan for the new company appears to be “business as usual,” there’s no doubt it will be working to enhance its products in the coming months in a bid to become the largest online gaming company in the world.