Even Phil Hellmuth’s mother was disgusted by his antics at the final table of the $10K Stud event on Tuesday. After a few days of being cooked alive on Twitter, Hellmuth made another promise to be a better man at the poker tables. 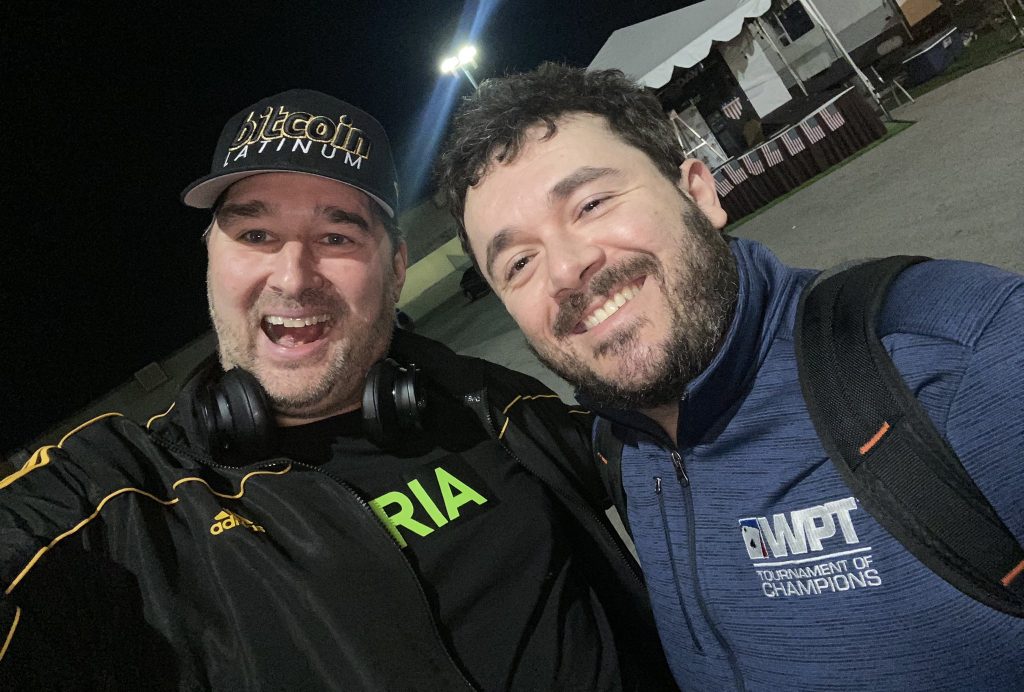 After Hellmuth’s parents expressed their displeasure at his f-bomb laden tirade, the Hall of Famer did a little soul searching and vowed to improve his behavior at the table.

My Mother and Father were embarrassed/mad at me…My friends told me I was out of line. After 44 hrs of ridicule on social media, and realizing my rants set a bad example for poker players everywhere, I think I can reign it in A LOT. I might not be perfect, but I can be better… https://t.co/13JHafpKsJ

Love him or hate him, Hellmuth gets people talking

Still, the poker world remains divided over whether or not Hellmuth can really change.

Anthony Zinno, the winner and target of much of Hellmuth’s wrath, not only didn’t mind the outbursts but also gave props to Hellmuth while the Twitterverse chimed in on a video that condensed hours of play into several minutes of a wall-to-wall meltdown, including Hellmuths threats to burn down the Rio.

It was a joke, most concluded, but Hellmuth’s rage and bitterness at other people’s play and luck were apparent.

Hahah. @phil_hellmuth is the only poker player on earth that could find a way to make a 7-Card Stud final table entertaining for *all*

The $10,000 Stud’s final table went on for more than eight hours and was packed with poker legends like former WSOP tournament director Jack McClelland and extremely talented players, including Stephen Chidwick and Jason Gola, both of whom were trying for their second bracelets.

Norman Chad, who has long been critical of Hellmuth’s vulgar antics, made it a point to give Gola credit for silently taking a rough beat where he was a 91% favorite going to the last card, saying:

“Memo to Phil Hellmuth. Look at Jason Gola. Ok, he just took a brutal, brutal beat. But Jason Gola is doing what you do when you take a beat beat. You move on.”

Yet the only highlights available on YouTube from PokerGo, the all-poker subscription service that broadcasts final tables this year, is titled “Phil Hellmuth Loses His Mind Like You’ve Never Seen Before at the 2021 World Series of Poker.”

In two days, more than 165,000 people viewed the 12-minute clip. It’s proving the point of many, including bracelet winners Prahlad Friedman and Brandon Cantu, that his over-the-top outburst are entertaining.

Let’s just be honest, nobody wants to see a bunch of emotionless kids staring each other down in poker. People want entertainment. They want character.

Not over line in slightest bit @phil_hellmuth point may’ve been brought up many times. just watched video. Hes talking to @AntZinno & we/they are friends hung many many times. Zinno was reveling in this on the inside. Who it was directed to. + anyone is allowed 2 call floor?

While many fans expressed their dismay and disgust toward Hellmuth, and rightfully pointed out that he should have been penalized, many encouraged him to continue living the life of the Poker Brat.

Love the desire you still have for poker, to me and your many supporters over here in the UK we love to see that passion, never change, good luck champ.

Idk, as a player, broadcaster, and fan of the game I think this final table (and when you’re at the table generally) make for great entertaining content. My strong suspicion is your antics at the Stud #finaltable brought many new eyeballs and much new interest to the @WSOP

Watching a Hellmuth blow-up is kind of like rubbernecking at an accident on the highway; you know you shouldn’t look, but for some reason, you just can’t stop yourself.

Case in point: four months ago, PokerStars’ Youtube channel put up a video titled “THE POKER BRAT – Phil Hellmuth’s Greatest Poker Moments,” and there sure are a lot of them. Since posting on June 7, it was watched 166,000 times. A video it posted a year ago called Phil Hellmuth “BIGGEST blow-ups” has more than 1.5 million views.

PokerStars and PokerGo are two poker channels that have flooded YouTube and its 1.5 million collective subscribers with video after video of Hellmuth “going nuclear” and “insane,” and “losing his mind” during his iconic rants.  Even Doug Polk, who called out Hellmuth this week, has benefitted from Hellmuth’s terrible behavior with a video called “[UNCENSORED] Phil Hellmuth Is FURIOUS At Young Punk” which got more than 1.3 million views.

Of course, Hellmuth isn’t the only player to ever explode at a poker table. Videos of Vanessa Selbst, Mike Matusow, Tony G, and a variety of random players from live streams all have been watched millions of times.

The poker media, us included, never miss a chance to feature a good rant. Our story about the blow-up has quickly, well, blown up. And when Hellmuth — or whomever — again goes nuts on a player, we will most likely report on it.

C’mon Phil. Be straight with us. Either @WSOP or @PokerGO or the sponsors asked you to put on a show, and u did. Now that it’s getting all this attention, they are asking you to keep the narrative going. It’s working!!! People are engaging, and that’s the name of the game.

The WSOP doesn’t seem to have a real problem with players’ antics, either. Hellmuth is facing zero punishment and continues to play WSOP tournament after WSOP tournament in search of his 16th bracelet. His behavior has overshadowed the fact that he is having a great series, having already reached three final tables this year.