I have called a large all in because I hit call button just as someone went all in. or when i am excited about pocket aces I accidently hit the fold button. just got to slow down and wait.
Z

Very true, one of the downs about online poker. But that's all on us as players.

Well, I think this situation happens to all players !!! Fortunately, this happens very rarely and does not affect the game as a whole !!!
T

I think it can happen to anyone. A similar situation happened to me a couple of times. Mostly it was when I was talking to someone, or when I thought about who knows what during the game.
V

Yes, it has occurred to me a few times and it has already cost me prizes. Unfortunately we are sometimes inattentive and it ends up happening, but we need attention so that the smallest number of times possible.
D

I rarely click the wrong button. Normally I often hold down the mouse button for one or two seconds before release it. I think it also helps me consider my final decision.
S

On most platforms the button are well placed. I did have one App where the position of the "Auto-Fold" button and the call button was the same position..
So I wanted to "Auto-Fold" but the action quickly came to me and I called a bet with a bad hand. This was anoying. I have reported it but it has not been changed yet.
D

Yes, I played, I had several tables open at the same time, and I accidentally called someone's allin with 26 (of spades), then the third player also called, one AQ, the second player AK, they got nothing on the flop and on the turn, and on the river I get 2. I was shocked and yes it was a mistake, but I was lucky)

Happened to me tonight, I accidentally called all in with K7o against AQs which I amazingly won when the flop came 7Q7. I went on to win the SNG.
W

I think if you press ENTER by mistake when the pokerstars window popups up and the action is on you itt takes it as a raise. Had this issue many times when I'm writing an email and the PS windows auto focuses and I press ENTER. Very annoying!

it happened to me too. miracle did not happen, I did not win that hand)
C

It’s horrible when this happens, I think it already happened with me a couple of times, specially when I’m playing multiples tables at the same time and sometimes one table pop ups when I playing in another table.

Yes its nasty and annoying, thank goodness its not happened to me more than 2x.

One other thing that has happened though, is that my mouse arrow happens to be position on the “Raise’ button and I accidentally click the right mouse button with a finger and next thing you know I’m all in lol.

I try to avoid overlapping table windows too, as I can have up to 8 on my computer screen and that’s more than enough for me to handle.

That thing with the Aces never happened to me in tournaments , only in Zoom cash games when the fold is rapid . Pressing the wrong button is always tilting and frustrating for me , the mistakes are less nowadays thankfully

It has happened to me many times!
B

I have hit the call button so many times only to have the next player shove all in or raise a signifigant amount. FRUSTRATING!
B

samuri said:
I have called a large all in because I hit call button just as someone went all in. or when i am excited about pocket aces I accidently hit the fold button. just got to slow down and wait.
Click to expand...

Once I folded a full house in an 8$ pot in cash game because I was too tired and for a second I didn't know what I was doing. That was the first and the last time I missclicked, I'm much more careful now.

samuri said:
I have called a large all in because I hit call button just as someone went all in. or when i am excited about pocket aces I accidently hit the fold button. just got to slow down and wait.
Click to expand...

It happens, we are not robots
L

Is it possible to enable a "are you sure" pop up on all in or any of the buttons?

Ive hit the wrong button on accident and it ended up working out in the end.
M

This has never happened to me. I'm sorry about your unfortunate luck. Just take your time and make sure you know what you are clicking. Good luck.
L

I have done that too!

Thank you for listening!!! :angel:

samuri said:
I have called a large all in because I hit call button just as someone went all in. or when I am excited about pocket aces I accidently hit the fold button. just got to slow down and wait.
Click to expand...

We have a time clock for a reason, use it, don't rush your actions and keep your mouse pointer away from the buttons when you are deciding if you will fold, call or raise, that way you can't make this mistake again. 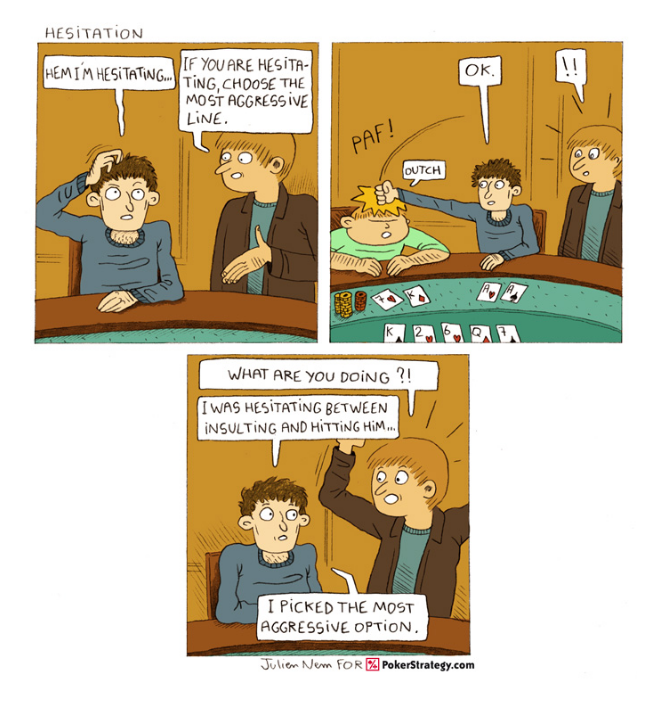