Hi.
My favorite professional player is Jason Mercier. He is a real professional and I think he is the best.
Good luck.

I like Daniel Negreanu.
His style of play is fun to watch.
F

The favorite player that I admire a lot is André Akkari. Gsotp a lot to watch his moves. For me it is a great learning experience.

My favorite player is Mikita Badziakouski, he can play any modality with a high level and he is not afraid of any other player. His results in both tournaments and cash are impressive

My favorite player is the one who knocked me out of the tournament today-yes, he just did well-he managed to do it he read my game-from this conclusion it is not necessary to be a famous player and love him for this you can learn to read the game and make good game interactions that make you respect as a player and love accordingly!
R 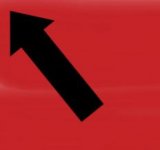 As a player, I like Fedor Holtz. Thanks to numerous online successes, Fedor has twice been named the best online tournament player of the Year by PocketFives (in 2014 and 2015). As for playing offline, and specifically on the most prestigious tournament series in the world, the main achievements of the young German at the wsop are the second place in the Super High Roller Bowl tournament with a buy-in of $300,000 in 2016, which brought the player $3.5 million in prize money, and the victory in the $111,111 High Roller for One Drop at the WSOP of the same year, which gave almost $5 million in prize money and a gold bracelet coveted for each player.

Fedor Holtz's poker journey began with home games with friends. However, soon after he turned eighteen in 2011, the future star got acquainted with online poker and began to rapidly increase his skills. Holtz's progress did not go unnoticed, and in 2012 he got a well-respected becker in poker circles, who also began to help him with improving the level of the game.

I enjoy watching Doyle Brunson and I highly recommend reading his biography "Godfather of poker".

There are a lot of strong, professional players whose style of play I like, but I still don't have a favorite player. I prefer to gradually form your own special style of play.
T

Tom Dwan is amazing
I like Daniel negreanu as well.

Daniel Negreanu without a doubt. He is very talkative and entertaining. A close 2nd would be Phil Ivey

Negreanu is great. Great poker face great 'Reading Abilities' and overall a nice guy.
But Me would certainly be up the list.
K

I like the reading ability of Daniel Negreanu, the coolness of Phil Evey.
M

My favorite poker player is Akkari.

Probably Phil Ivey if I had to name just one. I love the fearless aggression!
J