I'll start off by saying so far this is not confirmed by other poker sites:

To all Cake Poker Customers:
We have received notice from ePassporte today that they are unable to continue to provide CakePoker with merchant e-wallet services. We have since confirmed that this situation is not unique to CakePoker and is, in fact, industry wide.

While we are disappointed with this decision, we want to reassure all players that there will be no impact to either your account balances or your account status at Cake. We are pleased to have launched earlier this week with a new payment processor and have already secured alternative processors/eWallets that we will be launching in the weeks to come. We are also in discussions with other providers that will be making their services available in the CakePoker cashier soon. Players are welcome to inquire with Customer Support for more details.

As always, we value your business and will continue to make every effort possible to make your poker experience a great one.

This is big news for the poker industry. ePassporte has been the #1 reliable method of withdrawing from online poker sites such as pokerstars for a while now.

It seems as though on the cashier screens at Cake Poker, PokerStars, and full tilt poker ePassporte has been removed.
F

Just checked Stars and Epass is still a deposit option, so I dont know if its being removed from there or not

Just incase this turns out to be false I better reiterate that it hasn't been confirmed by any other poker sites apart from Cake Poker right now.
I

I doubt they are closing their doors to US players, they make way too much money with the rip-off, eh, deposit fee I mean that they charge

hm, well nowhere in the posted announcement does it specifically mention "US players", so how were you able to gather that?
F

combuboom said:
hm, well nowhere in the posted announcement does it specifically mention "US players", so how were you able to gather that?
Click to expand...

probably because of the title of the thread?

I was just planning on depositing a rather large sum ($600) onto pokerstars via epassporte to take advantage of the 20% reload bonus. I do not want to deposit to epassporte, pay the $30 fee, then pay the $3 fee again to withdraw, so I have emailed Pokerstars support to see what their response to this is. I'll let you know what they say when I get a response.

I can confirm that ePassporte is not available at this time, however, we
have not received any information that states whether this will be a
permanent measure or not.

I am very sorry that we cannot provide any more details, since I know how
unsettling this can appear.

Please check back with us tomorrow, hopefully some more light will be shed
on this by then. You may want to consider our Instant eCheck option in
the meantime, since I see you have used it in the past.

If there's anything else we can assist you with, just let us know. You
may request telephone assistance for your deposit issues 24/7 at
dad@pokerstars.com

When I tried this popped up

No more e-Molasses-Porte for US folks? No big loss, IMO.

ePassport closes to all poker sites..

see my post concerning this same issue rec'd from another source..

another 1 down the tubes, geez, 1st. neteller now this,,, this has me stimied, wonder whats really going on,,, buck
I

Well I was wrong, but eChecks are still great

Freakakanus said:
probably because of the title of the thread?
Click to expand...

um, i was obviously asking nick

I think this is purely rumor or perhaps isolated to Cake. I just tried signing up for a dummy account at ePassporte, and it worked just fine being from the US.

I then went into FullTilt Poker's deposit area (granted, not Cake) and the ePassporte method seemed to work just fine as it prompted me to go to the epassporte site.

Got the cake message, hearing the rumors. I messaged epassporte:

There is a lot of furor in the online poker community this morning. The word on the internet is that Epassporte is no longer servicing online poker merchants. I am writing to look for an official word on the issue before wild speculation runs (more) rampant.

will let you know what they say
I

icemonkey9 said:
I think this is purely rumor or perhaps isolated to Cake. I just tried signing up for a dummy account at ePassporte, and it worked just fine being from the US.

I then went into FullTilt Poker's deposit area (granted, not Cake) and the ePassporte method seemed to work just fine as it prompted me to go to the epassporte site.
Click to expand...

It's not a US thing, it's just about them not letting people deposit on poker sites. Like Nick said, we dont know if it's everybody or not yet, but I hope they dont close their doors to poker players

Inscore77 said:
It's not a US thing, it's just about them not letting people deposit on poker sites. Like Nick said, we dont know if it's everybody or not yet, but I hope they dont close their doors to poker players
Click to expand...

I can confirm that I used epassporte as a virtual visa to pay my cable/internet bill this morning. The charge is already showing in epassporte's online statement, hasn't finalized yet, but that is normal.

Got this from full tilt. 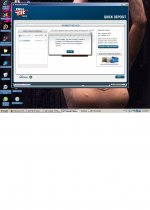 I am a constituent, voter, and poker player asking for your support.

Specifically, I ask that you support proposed legislation that clearly exempts the great
game of poker from the Unlawful Internet gambling Enforcement Act of 2006 (UIGEA). I also
ask that you sponsor and support legislation to repeal the badly flawed UIGEA outright.

With UIGEA regulations now pending, the debate on these issues has reached a tipping point
, and new voices are emerging against UIGEA every day.

Our right to play poker online was inadvertently restricted with the passage of UIGEA.
While it is clear that UIGEA should not affect online poker
nationwide (UIGEA only enforces other federal gaming laws, and federal case law has
consistently held that the Wire Act applies only to sports betting, and very few states
have any laws against Internet poker), this legislation has nonetheless had a chilling
effect on my ability to access and patronize these legal businesses. I ask for your help
in rectifying this situation. There is no reason for the federal government to treat a
poker game that adults play against others online any differently than a Friday night poker
game played around a kitchen table.

As regulations to implement UIGEA come close to their effective date, our nation’s financial
institutions are warning the Congress that these regulations are unworkable. At the April
2, 2008 Subcommittee on Domestic and International Monetary Policy, Trade and Technology
hearing on the impact of UIGEA on our nation’s financial services industry, even the
authors of the UIGEA regulations testified that they have struggled with the ambiguity
of the UIGEA statute.

Louise Roseman of the Federal Reserve testified that it will be very difficult to enforce
the law "without a more bright line on what is included as unlawful Internet gambling”.
Even if this “bright line” were defined, however, she stated that payment systems are not
designed to perform this type of function. Representatives from the American Bankers
Association, the Credit Union National Association, the Financial Services Roundtable and

Wells Fargo fully concurred with this assessment. Dozens of other banks have submitted
similar comments to the Federal Reserve and to the Treasury Department. The principal
comment of the American Bankers Association is a concise summary: “We maintain that
the UIGEA is a fundamentally flawed response to those challenges.”

I encourage you to introduce legislation repealing the badly flawed UIGEA. Banks should be
responsible for managing their deposits and their loan portfolios, not for policing the
behaviors of Americans in their own homes.

These safeguards will work – the June 8, 2007 House Financial Services Committee hearing
on Internet gaming proved conclusively that Internet poker can be effectively regulated.
Note that neither HR 2610 nor HR 2046 force any state to permit online poker, as states
can opt out if they wish.

One thing the 2008 Subcommittee hearing made completely clear is that Congress needs
to define “unlawful Internet gambling” before it can expect financial institutions to
have any chance at effectively enforcing any ban on such activity. The idea that the
federal government cannot define this concept, yet expects banks to perform this
law enforcement function, is ludicrous.

Poker is a uniquely American game of skill and a great American pastime. Presidents such
as FDR and Harry Truman, Chief Justices such as William Rehnquist and William Howard Taft,
members of Congress, generals, and average Americans have enjoyed poker for more than
150 years. It is an honorable game. Congress now has an opportunity to show respect
for the millions of voters who enjoy the great game, while at the same time averting
the looming risks of asking our financial services industry to enforce a law that even our
regulators can’t define.

What’s most important to me is your support for my rights. Please respond to this letter
and let me know if you will support my freedoms. I will be watching your actions on this
issue closely. I hope that I, along with my nearly one million fellow Poker Players
Alliance members, can count on your support.

anyway, epassporte sucks, so i don't see this as a big deal.

Thanks i made it myself.lol Epassporte was the last option many of us in the US had to deposit.That's why it's a big deal.
G

i just cashed out 250 using instant check and it was in my banking account in 3 days. it fast and easy to use.

just used echecks at ps,went thru with no problems.finally found a way to deposit there

epassporte accounts still work,.. .they're not just for poker site deposits and withdrawls, lol,... BUT they are no longer working with the poker sites.
sure,.. you might see the epassporte screen pop up when you go to it from poker site,... but try to actually do a deposit or withdrawl,... ain't gonna happen.
epassporte has been a continual problem for me,... probably over $100 in fees and charges in the past few mos.,.. and the absolute worst customer response I have ever dealt with anywhere in my life,.. period! (12 days for email responses??,.. then not even answering the freak'n questions, instead sending out one of those general 'broad statement' responses, but really telling me nothing,... 20min. minimum wait for phone support as well,.. that was on a good day).
What a BS service anyways,.... you'd think there would be a HUGE business oppurtunity out there for someone?? Wonder what the glitches are,.. 'security problems' (they did stop using mastercard awhile back now). Maybe legal issues?? I know that here in canada, credit card deposits can be a real hassled, with transactions automatically being denied when dealing with pokersites (key for some is to try to deposit (make purchase) not in exact amounts (ie. deposit $98.73, instead of $100).
Off topic here sorry,.. but am sure folks will be looking for alternatives for making deposits. yah,... I too was planning on making a deposit this weekend with one of those VisaGiftCards (thru epassporte). Oh well,.. pressure is on now to take down a big tourney, lol,.. .and no more transferring funds to friends and family's accounts, lol (the bastards, hee hee)
Share:
Facebook Twitter Reddit Link